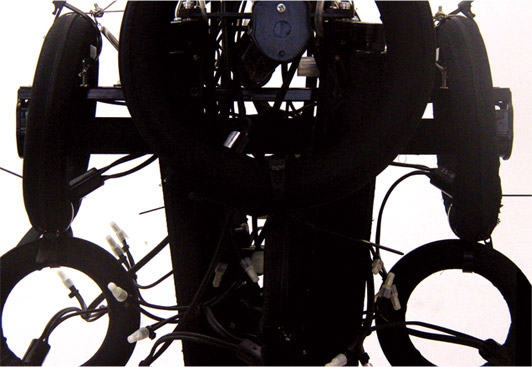 HIGASHIONNA Yuichi employs painting, video, and installation to wittily rearrange preconceived models of ‘perception’. He frequently borrows from the vernacular found in the trick-bag of Moire and Optical effects, such as reversing light and shadow, which he conjures with the use of kitchy everyday objects that proliferated during postwar Japan, and continue to permeate contemporary Japanese life.
The focus of this exhibition titled ‘Chandelier!’ will be on HIGASHIONNA’s sculpture series in which contemporary Japan’s ubiquitous light source, the florescent, will shine a re-contextualized light. From the postwar era to the present, florescent lights have been filling households with their austere illumination, coolly seeping into the nooks of rooms and silencing any vestiges of theatrical ambience. Using florescent lights in the shape of halos, HIGASHIONNA has constructed a giant sphere titled ‘untitled (naked ball)’ as well as a chandelier comprised of florescent light rods, titled ‘untitled (chandelier)’. We are anticipating an interesting resonance between the industrial atmosphere of the gallery’s surrounding and HIGASHIONNO’s installation. 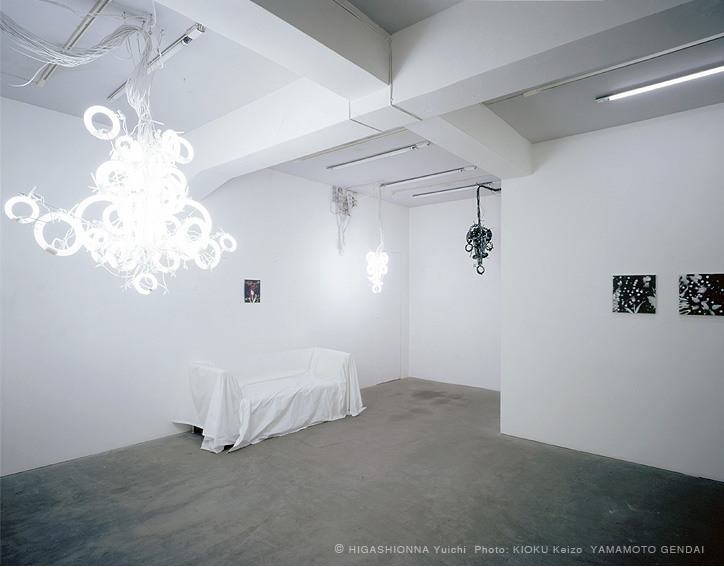 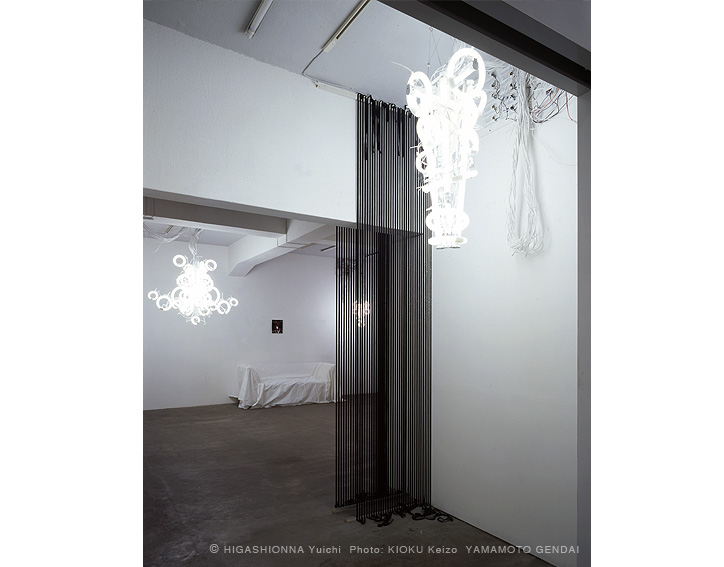 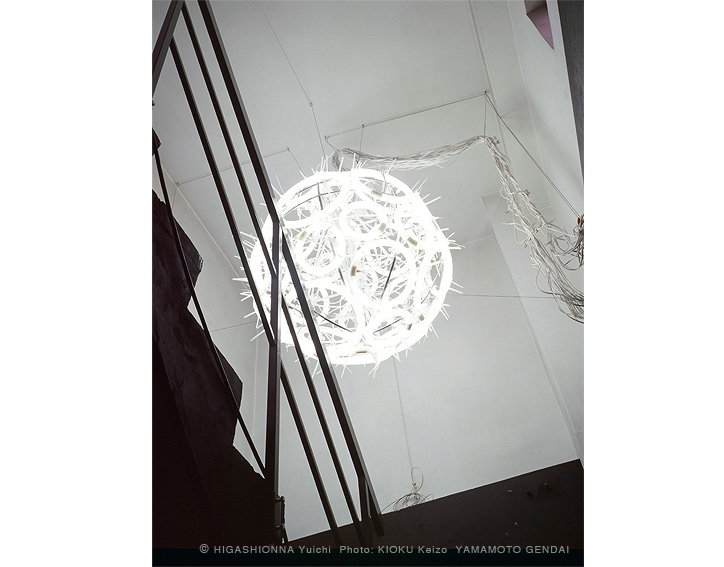