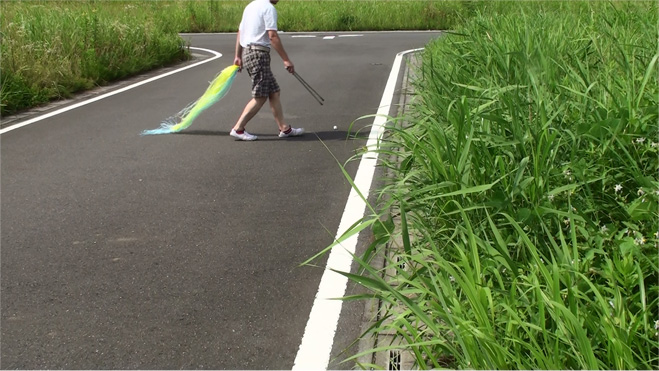 Kohei Kobayashi was one of the main members of “art space dot” which was an artist’s self-supporting/ independent space that lead the art scene of Nagoya in the late 90’s. This video artist’s vigorous activity can be seen in his recent participation in 『Roppongi Crossing』(2007, Mori Art Museum) and 『Waiting for Video』(2009, The National Museum of Modern Art, Tokyo). His second solo exhibition at YAMAMOTO GENDAI is mainly consisted by 2 new works evolved from the earlier work「2-7-1」(presented in the「Waiting for Video」exhibition.)
Kobayashi’s work has switched since his previous exhibition in 2005 here at YAMAMOTO GENDAI. Works such as the shadow of a human figure with it’s meanings bleached, using secret photography camera to shoot a white diorama which reminds a place that could be anywhere (and nowhere), meaningless threatening activities edited in an effective way; those previous works, completely calculated and controlled by minimal monochrome images, have drastically changed during recent years.
In his new works, he doesn’t stabilize the images but shifts the frame, paying attention to trivial things, and leaves his work’s future to coincidence. The scenery seem like a banal town view in a glance, however he slides moments of device to the images as if a secret magic show is being held in the town. Crumpled aluminum ball, slippers slipped on one sneaker, plastic bottles standing on the streets…those daily motifs are the props for his “magic show”. It takes place in a residential area. There, a man picks up trash, mows the grass, and rides a bike randomly. They are normal and common events, nothing special. But when those acts are performed consciously in front of a video camera, the situation starts to take a different phase on kobayashi’s stage. He grasps the moments of this shifting (between natural act and the opposite) and handle those moments like a magician.
Compared to the past works where everything was made with scrupulous calculation, Kobayashi’s new videos leave possibilities to the conclusion and spare spaces to things outside his control. The relationship between the artist, who is also the performer in the video, and the cameraman, who was given a certain freedom for the camera work, is introduced here as a new approach. More visual information is adapted to the images, which may be the artist’s direction to consciously disturb the viewer’s concentration. 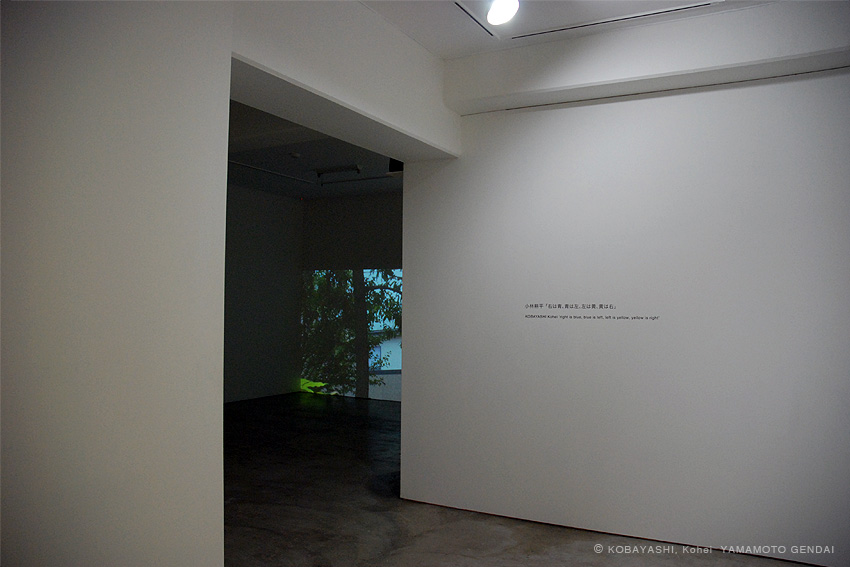 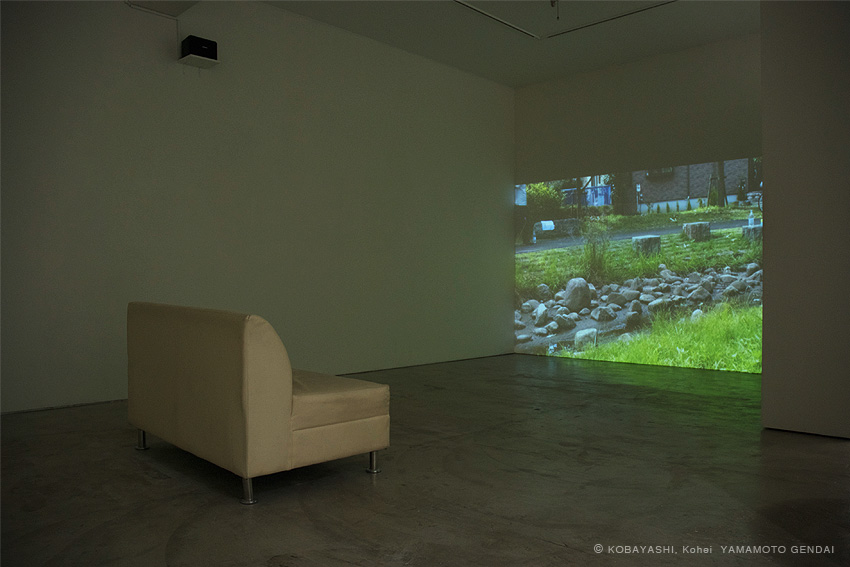 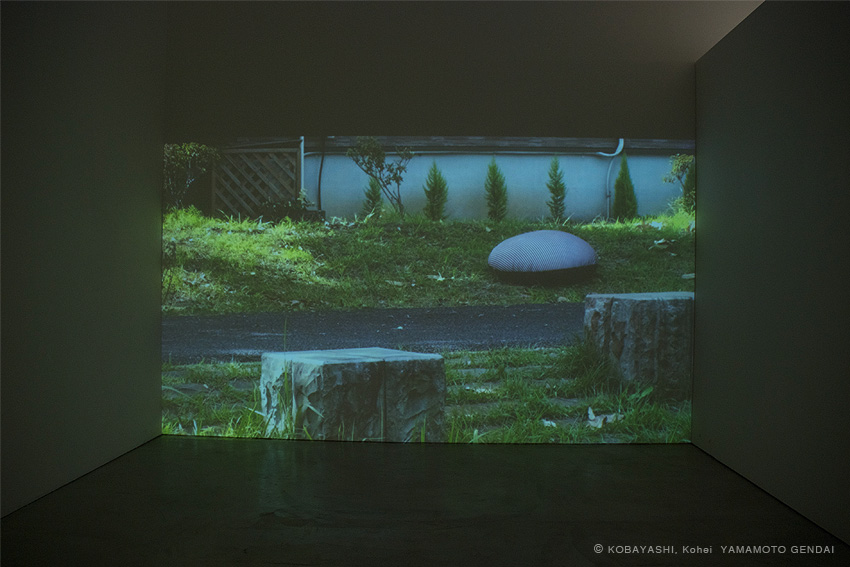 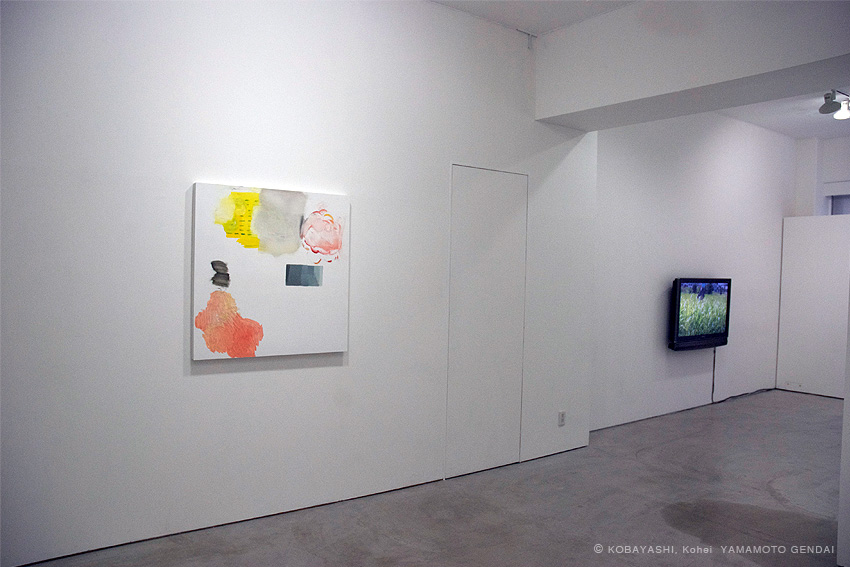 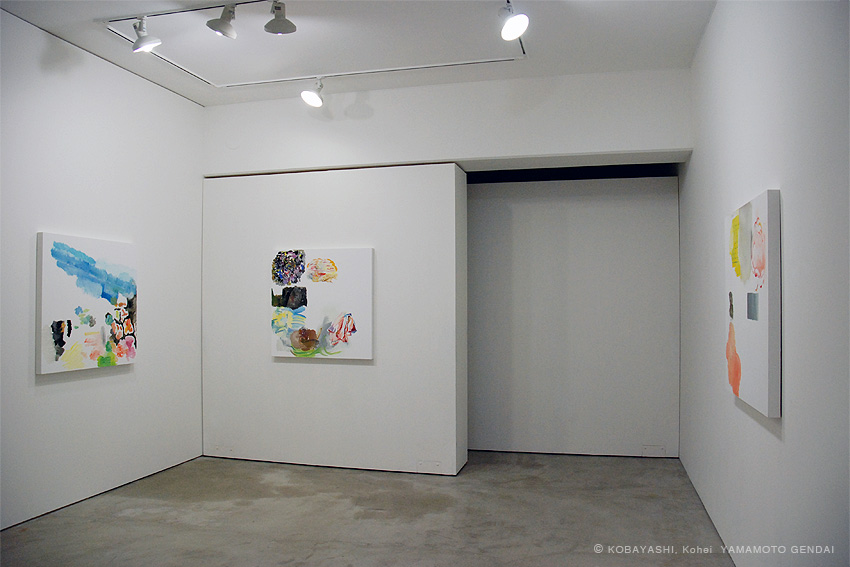