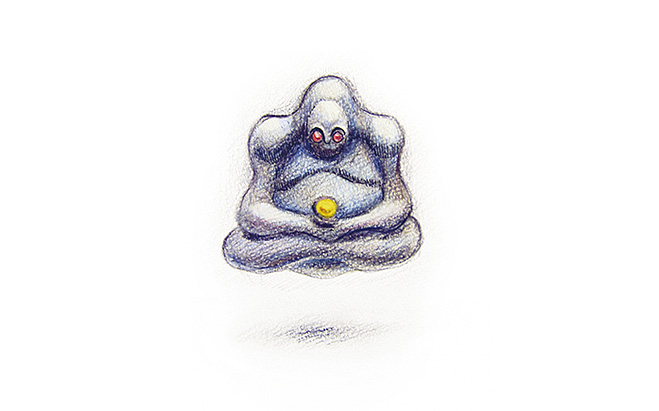 * Exhibition opens at 6PM on the opening day.
* This piece creates a strong electromagnetic field during operation. Admission by individuals with cardiac pacemakers and other medical devices is strictly prohibited.

YAMAMOTO GENDAI is delighted to present Levitation, the solo exhibition by Kenji YANOBE from November 6th through December 4th 2010. On view will be selected pieces from his entirely new series to operate on magnetic energy.
For 20 years since his first exhibition in 1990, YANOBE has been one of the leading artists in Japanese Art scene. Given a life in the time when catastrophes of Cold War, Gulf War and nuclear accidents were universal human concerns, he had created a series of gears for “Survival” through the early 1990’s. Growing up by the former site of Expo ’70 in Osaka has been a major formative experience to his artistic activities, and his works always revolved around the theme of “The Ruins of the Future“. Already in his 20’s, YANOBE was highly acclaimed for his artistic engagement in social issues by consciously showing the influence of Manga and other subcultures.
He realizes, however, the “delusion” made by his early international reputation collapses when he confronts “reality” upon the incidents of the Great Hanshin-Awaji Earthquake and the sarin gas attack on Tokyo subway system in 1995 as well as his visit to Chernobyl in 1997.

As the impact of his Chernobyl trip drove him to create “pieces that can give future to children”, the theme of his works and activities shifted from “Survival” to “Revival”. Ever since, YANOBE has rigorously produced a series of works at an endlessly large scale from VIVA RIVA PROJECT: Standa (2001) to Giant Torayan (2005) and Lucky Dragon (2009). In the meantime, he widely presented his works at a number of major solo museum exhibitions including MEGALOMANIA (The National Museum of Art, Osaka, 2003), City of Children Project (21st Century Museum of Contemporary Art, Kanazawa, 2005) and KINDERGARTEN (Toyota Municipal Museum of Art, 2005).
In 2009, he presented the largest piece in his career; ULTRA―Black Sun. Unusual in his body of work, this project carried an atmosphere of distress and uncertainty, and has become a milestone in the long course of artistic activities, completely altering the image of his previous works that were often considered pacifistic.
For this exhibition Levitation, YANOBE takes on the use of magnetic force in succession to his previous application of physical processes such as lightening, flood and rainbow. What his works invoke now seems beyond humane propositions, and it is as if he has become a transcendental being to reign over natural phenomenon at his will. This is, in a way, his return to his fundamental drive for artistic creation prior to “The Ruins of the Future”. 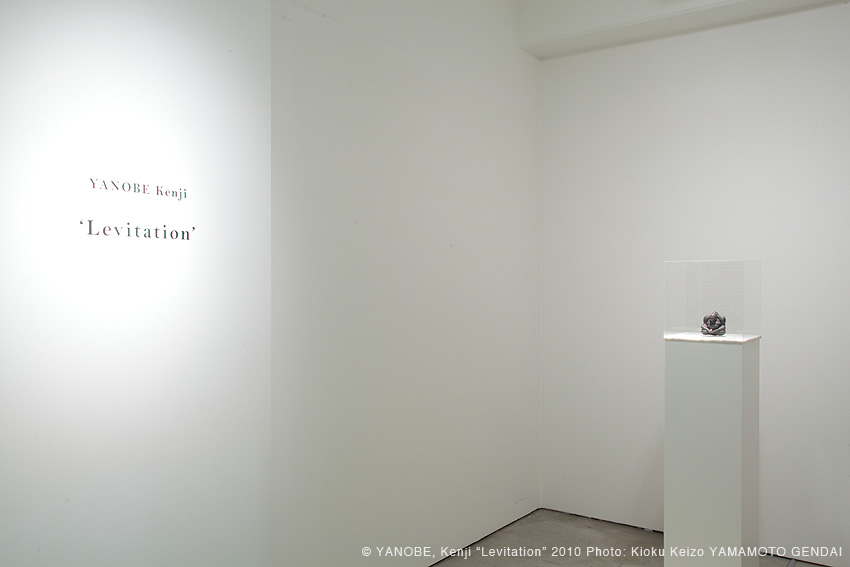 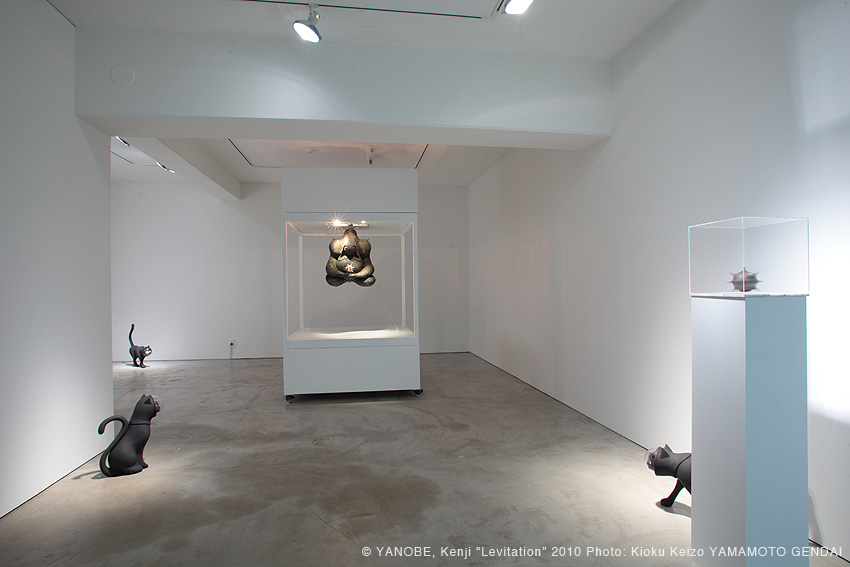 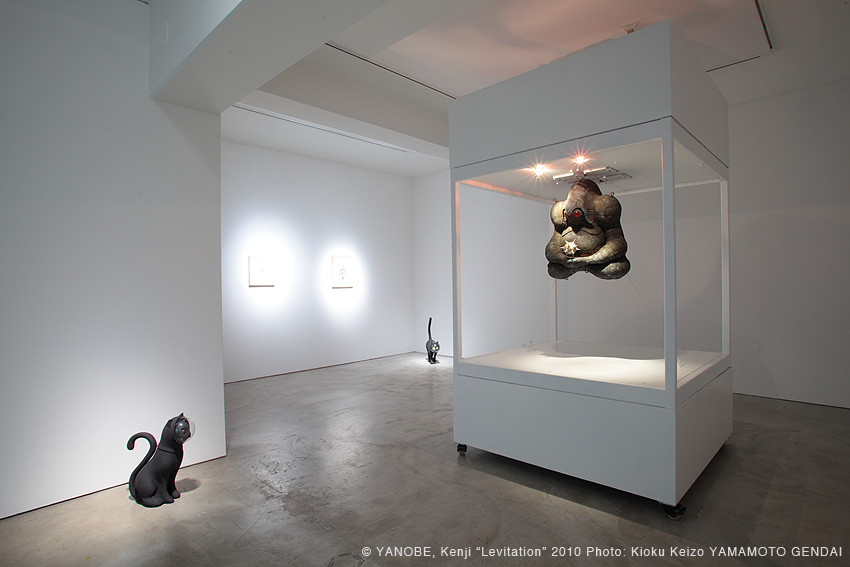 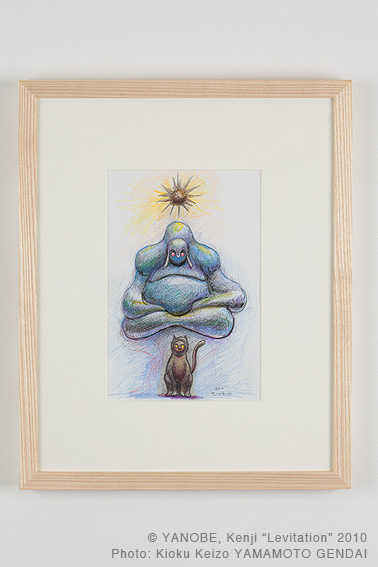 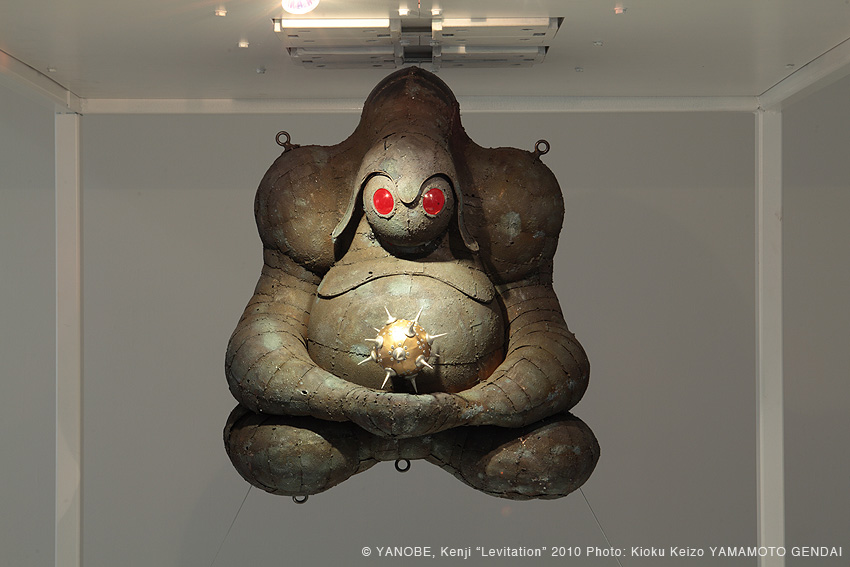 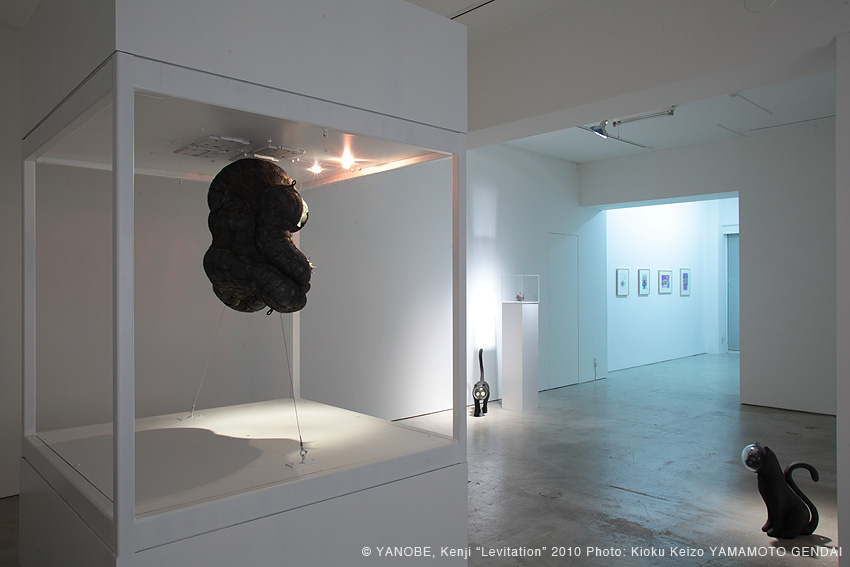 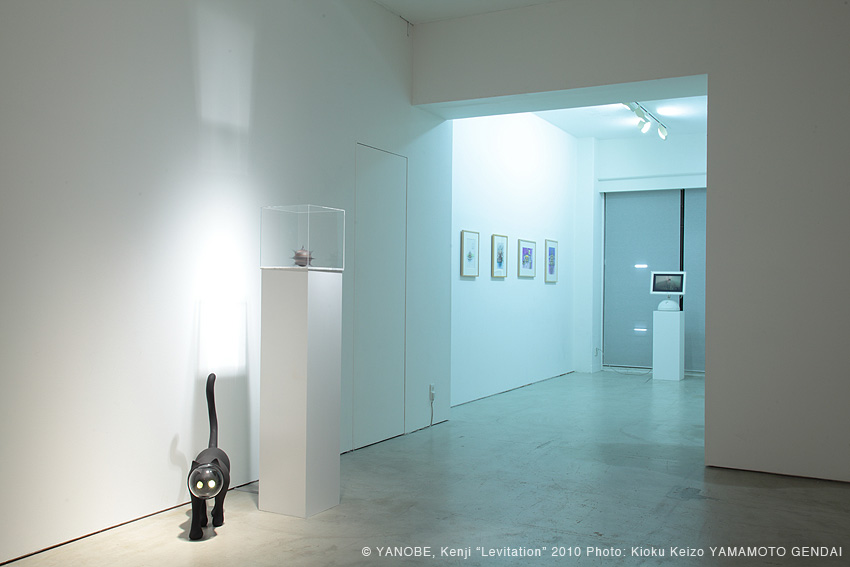 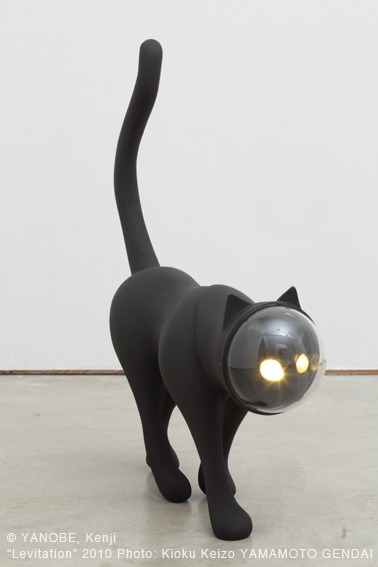