The BAR vol. 6 “Divided Against Ourselves”

YAMAMOTO GENDAI will hold the 6th Backers and AIT Residence (BAR) programme exhibition, “Divided Against Ourselves ” from July 13th to 27th, by the emerging artists Allegra Pacheco (b.1986) and Alberto Rodríguez Collía (b.1985) will present works inspired by the experiences and discoveries of their three month residency in Tokyo.

———————————————————————————————–
Allegra Pacheco is a Costa Rican artist who works in a variety of mediums, with her work predominantly photographic, but often expanding into drawing and installation. In 2012, Pacheco exhibited her first installation work, ‘Boobs’, a series of breast-shaped soft sculptures made in collaboration with disenfranchised women from La Carpio, an immigrant neighborhood in Costa Rica. The exhibition space took on the innocence of a children’s playground, but at the same time served as a platform whereby feminist issues and taboo subjects such as sexuality could be addressed in an un-biased environment. For this exhibition, Pacheco will produce an installation using both photography and illustration, and inspired by the architecture and density of Tokyo, where systems and rules unconsciously control the city’s occupants and their lives. Her fantastical cityscapes are claustrophobic and lonely, where the post-apocalyptic undertones of a machine-ruled world invite the viewer to contemplate where our growth-focused lifestyles might lead our future generations.

In Japan for the first time, Guatemalan artist Alberto Rodríguez Collía uses archive’s images (newspapers, television commercials, documentaries, video clips and the internet) to produce video works, drawings and collages. Collía presents images borrowed from mass media to criticize the unstable social and political situation in his country. For the 2008 project ‘La Favorita’, Collía gathered together with Erick Menchú, Guatemalan visual artist, images of folk sign designs from Guatemala, sharing the anonymous voices of the country. During his stay in Tokyo, he will produce engravings that combine semi-autobiographical situations from Guatemala and Tokyo, weaving together new stories.

The artists share certain similarities in that they use familiar motifs, presented at times in humorous ways, to portray the hidden and darker elements of our society. In recent years, as collectors increase, and the market expands, there is increasing interest in the South American art scene, but at the same time there is much to be learnt about creative expression and the socio-cultural situation.
Residency programs allow us to look through the artist’s eyes, seeing not only the pleasant, but also the cultural differences and misunderstandings, in turn allowing us to view our society in a different manner.

“Divided Against Ourselves”
Press release by AIT (Japanese only) 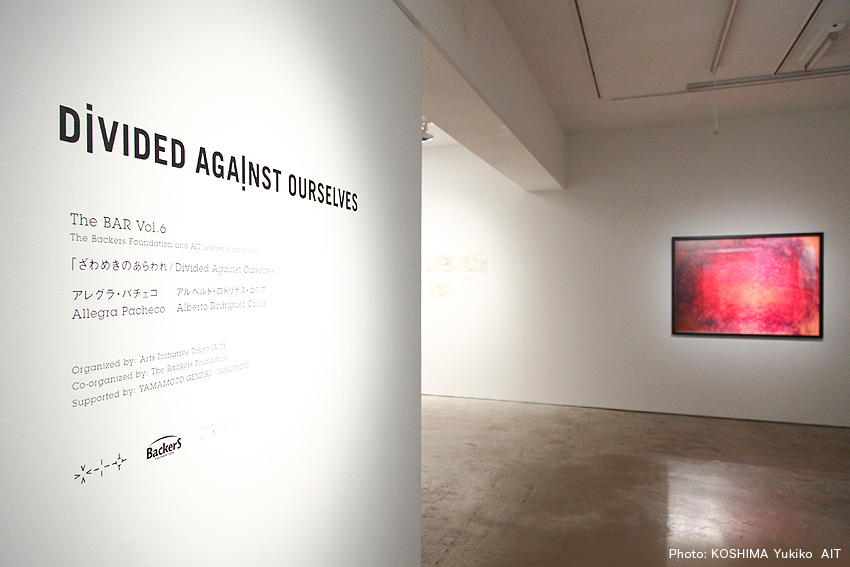 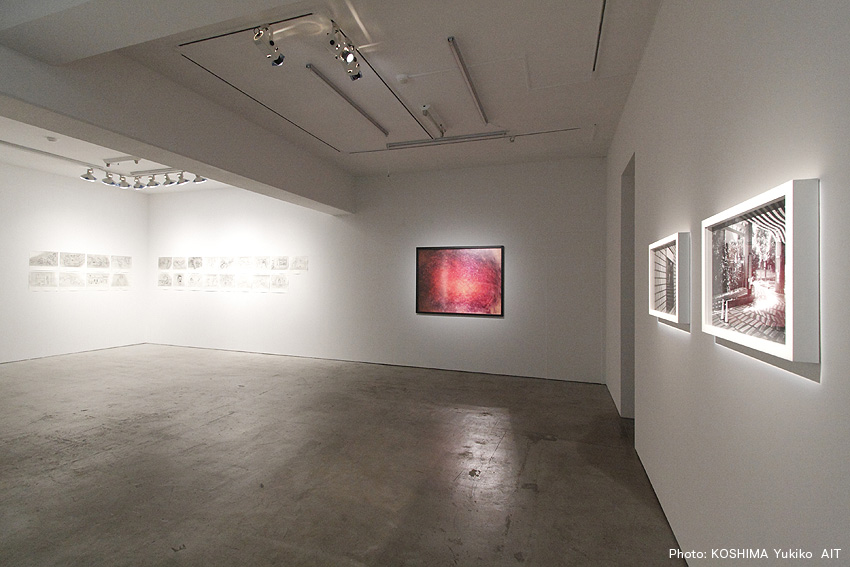 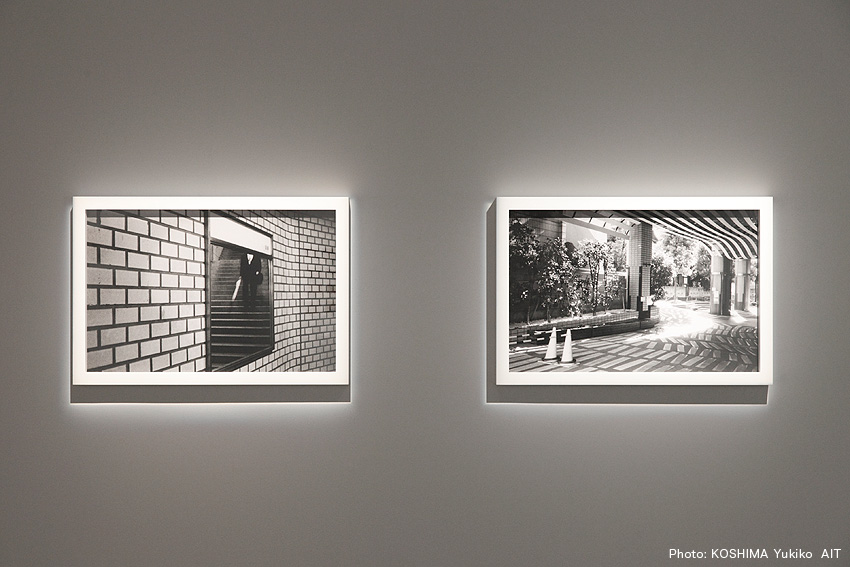 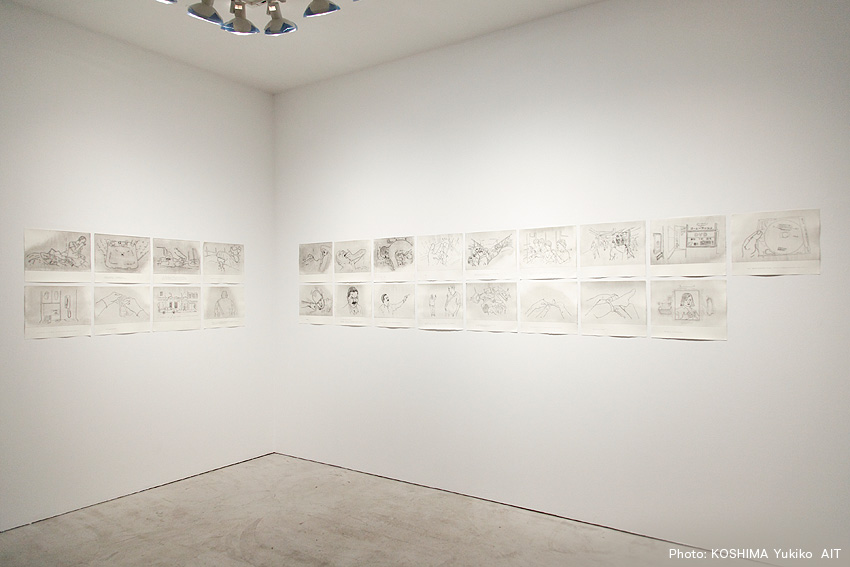 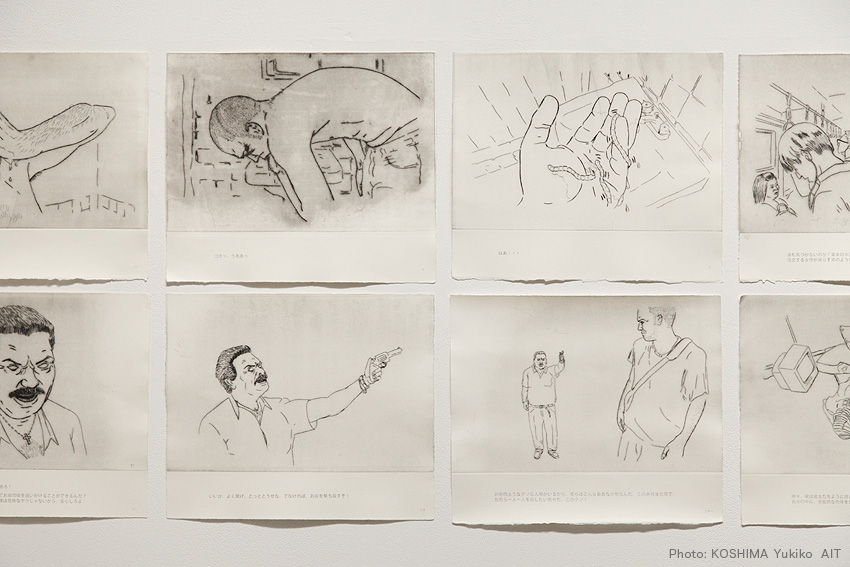 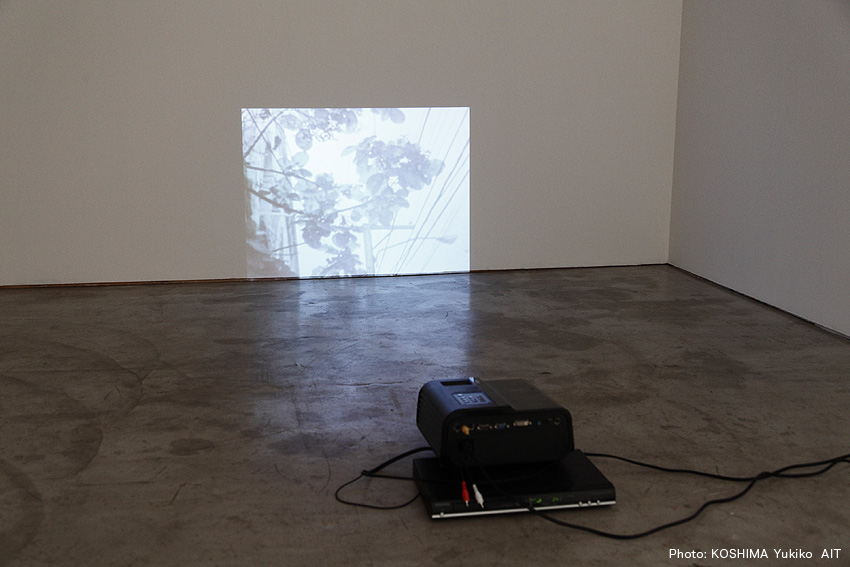 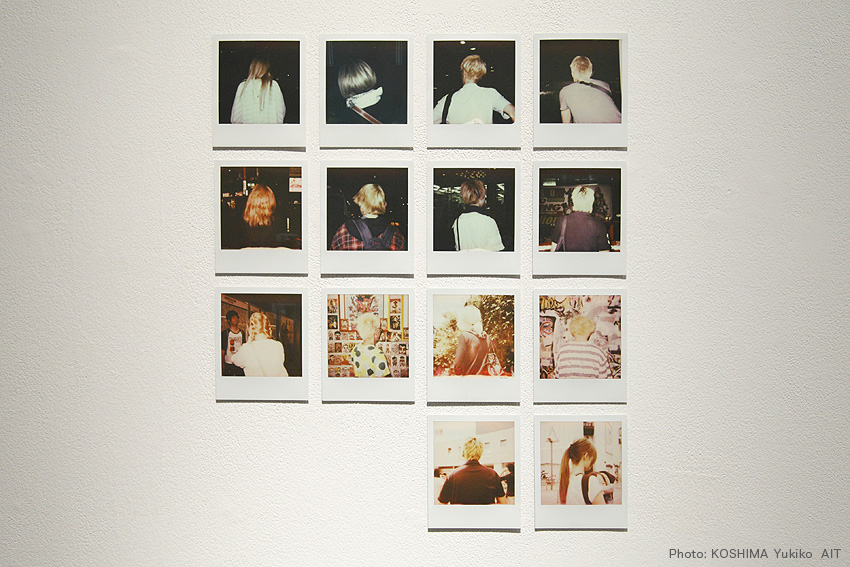 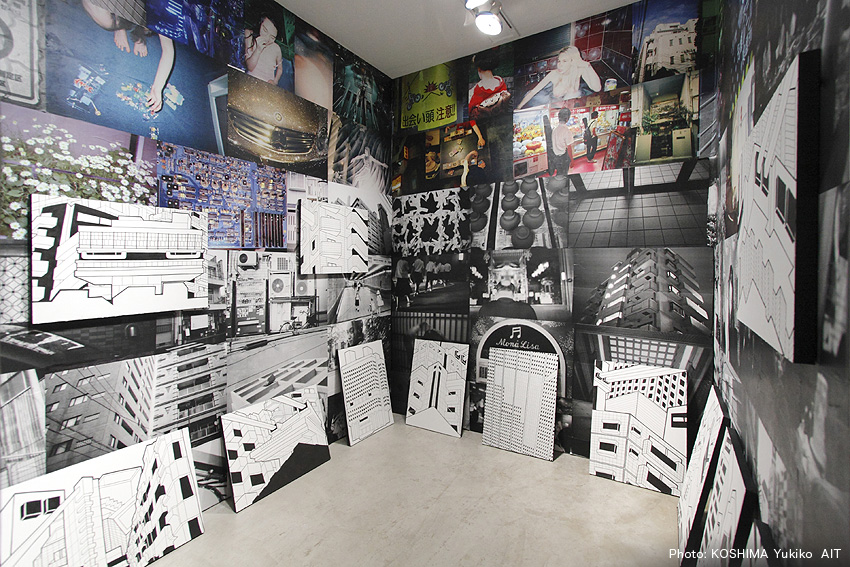 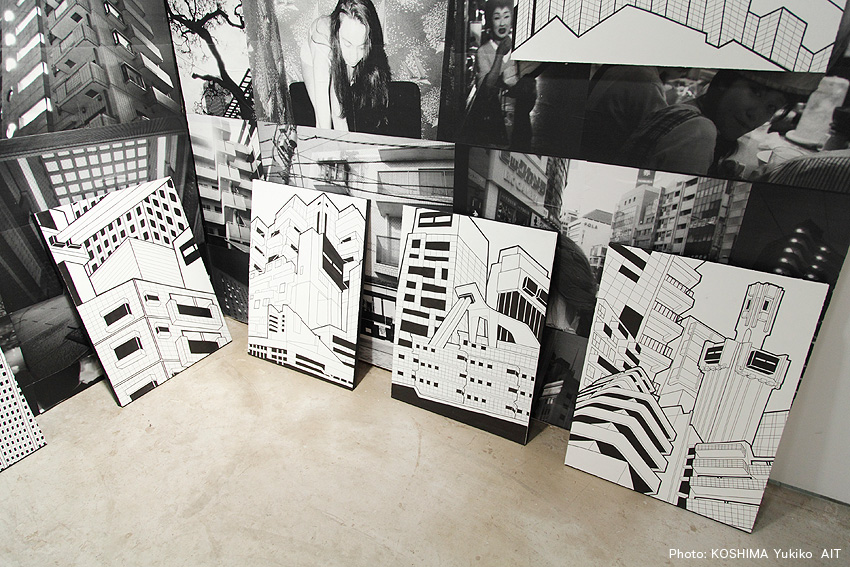 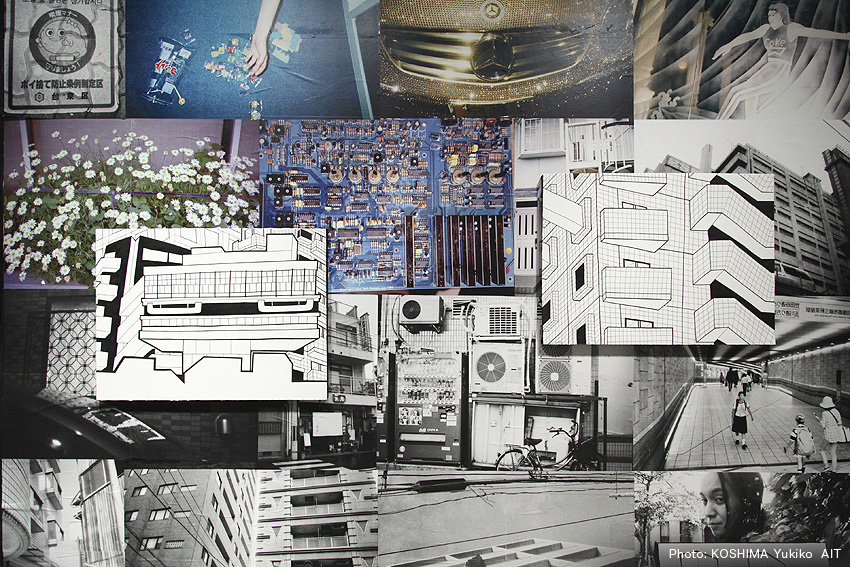