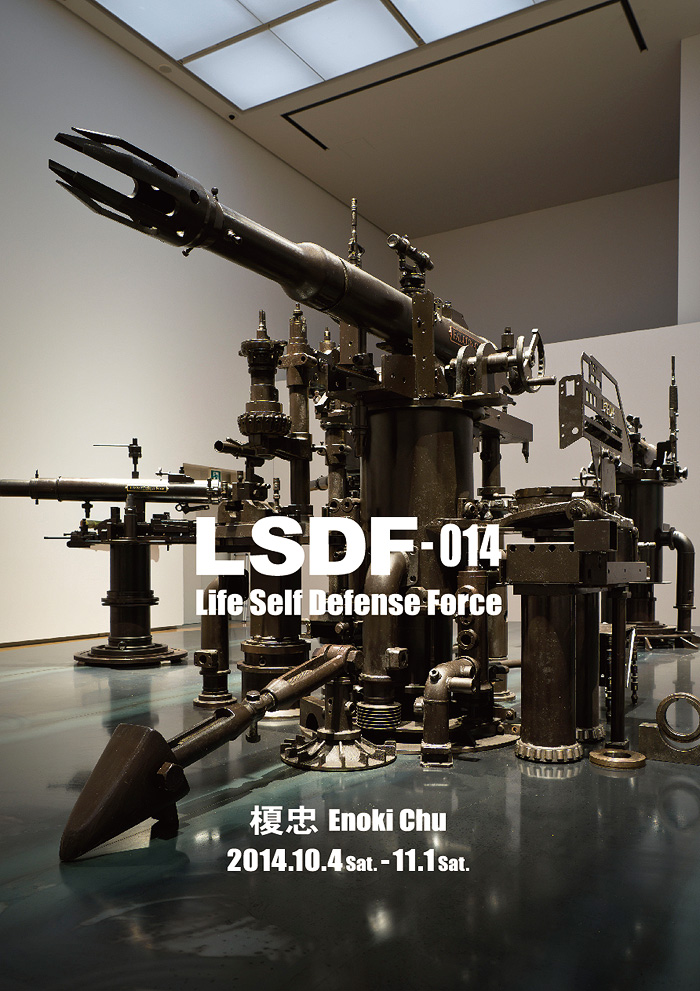 YAMAMOTO GENDAI is delighted to present “LSDF014″, a solo exhibition by Chu ENOKI, as our 10th Anniversary, opening on 4th October 2014.
Chu ENOKI(b.1944), so-called “ENOCHU”, is a Kansai-based contemporary artist who started his artistic career in the early 60’s. Most of Enoki’s work is created from industrial wastes and salvaged metal scraps that he reshapes himself, making use of his experience as a latheman in metal processing factory. On view in this exhibition will be his new mega cannons, LSDF014 (Life Self Defense Force). 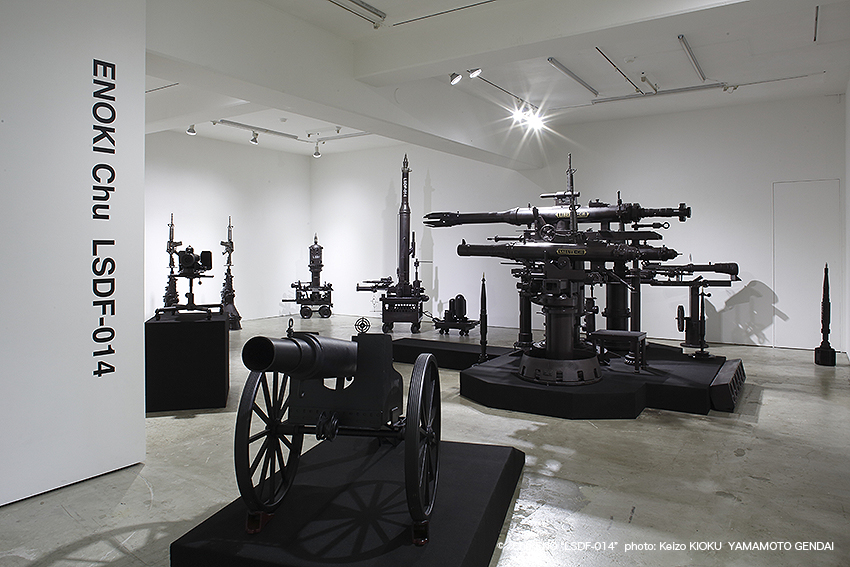 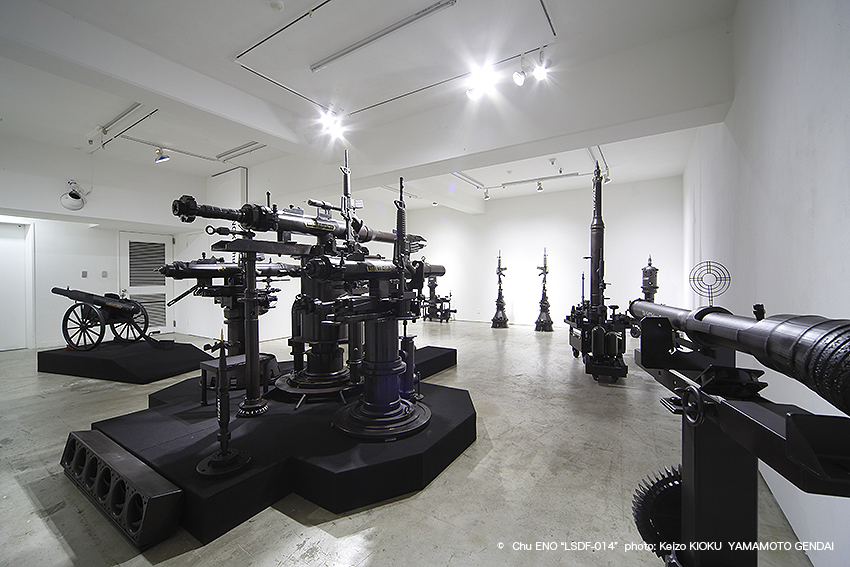 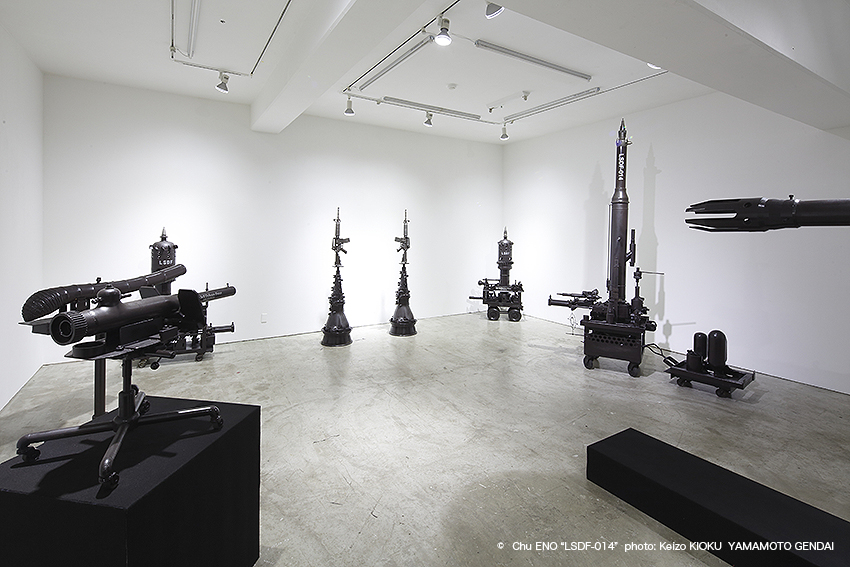 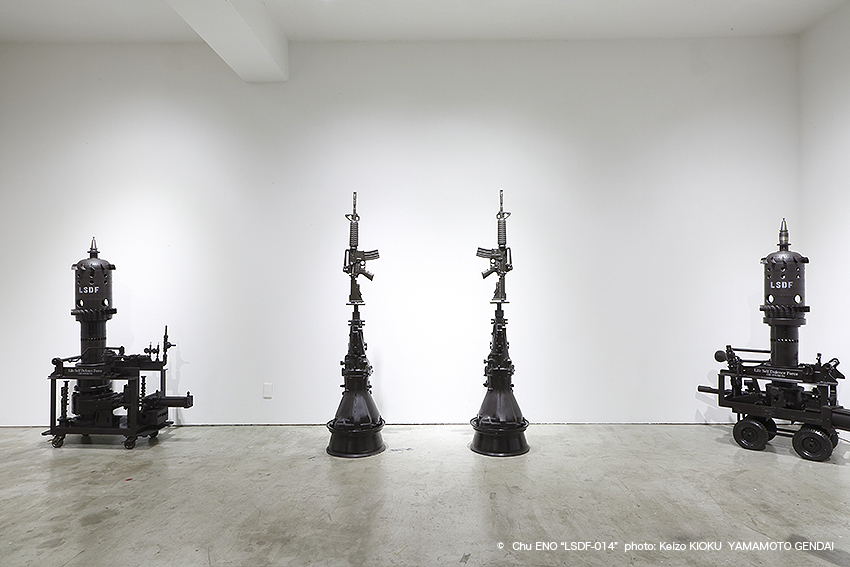 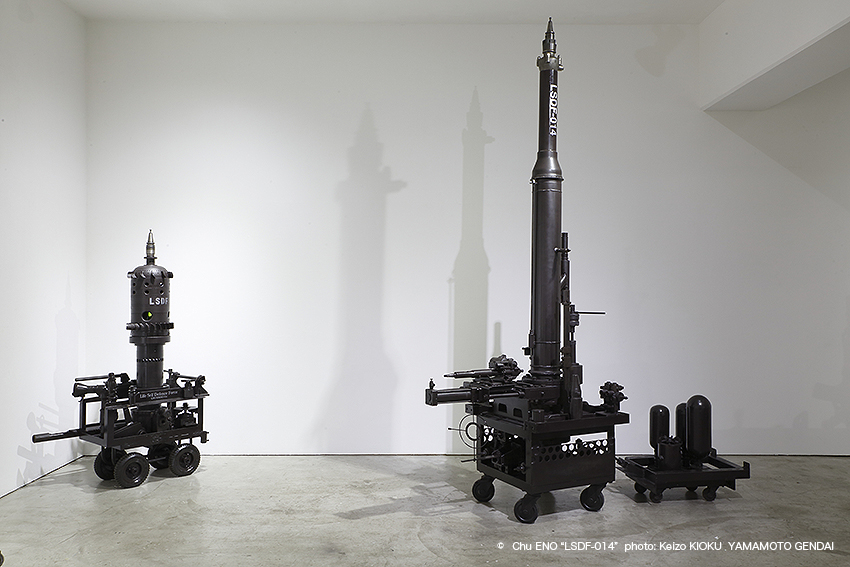 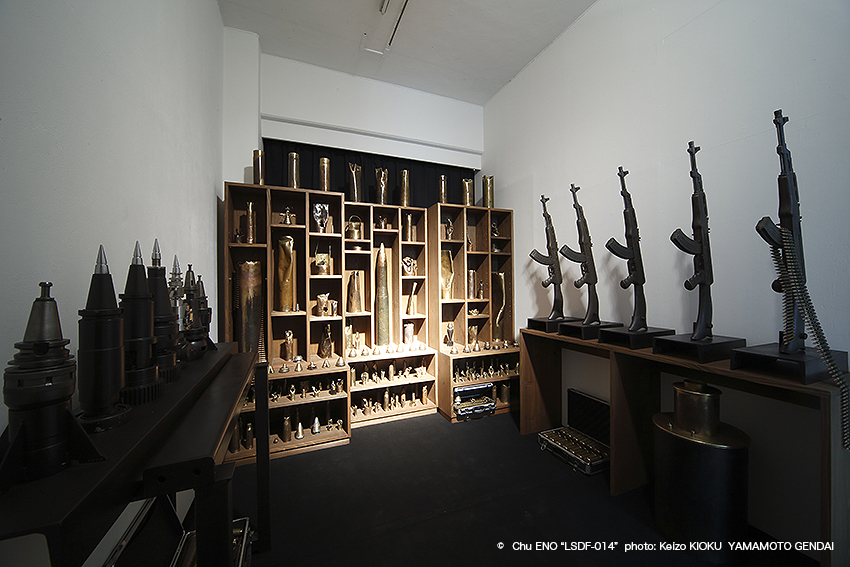 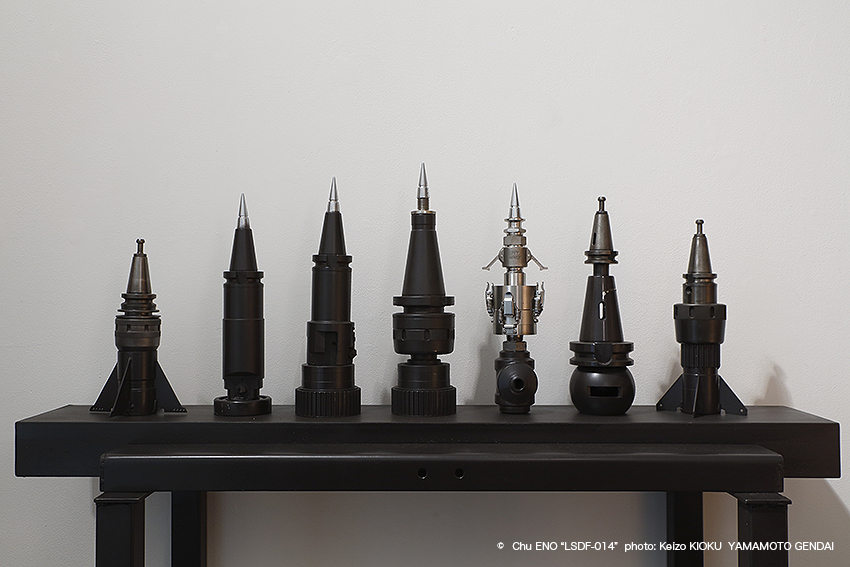