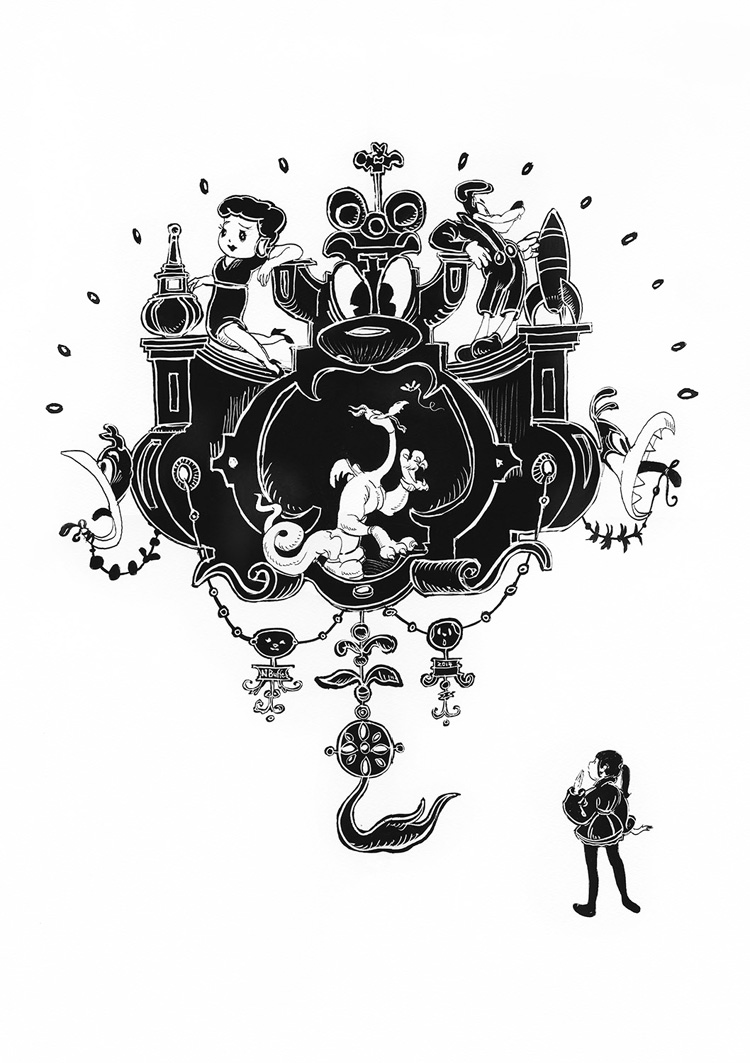 YAMAMOTO GENDAI is pleased to present “Polia’s Nightmare”, a solo exhibition by Nicolas BUFFE, from 31st May through 28th June 2014.

An emerging artist based in Tokyo, Nicolas Buffe was born in Paris in 1978 and grew up in much influence of subcultures and pop cultures from Japan and the United States. The artist first became interested in Japan through a 1980s’ TV superhero “Space Sheriff Gavan”, and eventually moved to Tokyo in 2007. Buffe has been recognized for his fusion of contemporary cultures, which influenced him since childhood, and cultures of European tradition in his cultural background. His recent presentations include an oversized wall drawing installation in “Roof Gardens” (Museum of Contemporary Art Tokyo, Tokyo) in 2008, as well as the entrance gate at “No Man’s Land” a group exhibition of French and Japanese artists in the former French Embassy building before its demolition, making reference to Arch de Triomphe in Paris and temples and shrines in Japan with ornamental elements borrowed from Japanese characters to bridge the cultures of France and Japan. One may also recall his window display at Maison Hermès in Ginza in 2010. In March 2012 Buffe directed stage and costume design for Haydn’s opera “Orland Paladino” (théâtre du Châtelet, Paris) and won the Best Scenic Design of the year from French Critics Association. Thereafter he continued his active participation in a number of collaborative projects outside the field of fine art. In February 2014, COMME des GARÇONS SHIRT presented Autumn/Winter 2014-15 collection using illustrations by the artist.

Buffe’s first solo museum exhibition “Nicolas Buffe: The Dream of Polifilo” is currently on view at Hara Museum of Contemporary Art in Tokyo. Paying homage to the 15th century European literature “Hypnerotomachia Poliphili”, the artist occupies the entire museum with a series of installation to narrate an adventure of the main character Polifilo in the quest of his dream and love.

“Polia’s Nightmare” at YAMAMOTO GENDAI is planned after the second book of the Renaissance masterpiece, in which Poliphilo’s lover Polia relates Poliphilo’s romantic quest from her perspective. Nesting the content of the first book, the book is about a dream (a sort of nightmare) within a dream.
This exhibition features a new lithograph created in collaboration with IDEM Paris, as well as a piece influenced by Space Sheriff Gavan, wall drawings and three-dimensional artworks. This unique attempt and artwork to integrate appropriations from contemporary pop cultures actual to the artist and a classic of European literature will allow the artist to freely transcends ages, generations and the border between East and West.

“Polia’s Nightmare” is a sequel to “The Dream of Polifilo” at Hara Museum of Contemporary Art, and both exhibitions are to complement each other while different in their contents. In addition, another ongoing exhibition by the artist “Carne de Polifilo” at Institut français Tokyo exhibits concept sketches for “The Dream of Polifilo”. We hope you enjoy this wonderful occasion to understand Buffe’s creation through all three exhibitions.

“Poliphilo’s Strife of Love in a Dream” (Hypnerotomachia Poliphili ) consists of two books with different tones. The first book is dedicated to the quest in dream of Poliphilo seeking the love of his beloved Polia. It features many architectural descriptions. The second book, made with several stories nested inside each other, like layers of dreams, recounts the love stories of Poliphilo and Polia. Polia tells Poliphilo her adventures and also shared some nightmares she saw. The reader of the Hypnerotomachia will realize in the end that the second book is a dream in the dream of the first book. Poliphilo wakes up while Polia vanishes.
This first solo exhibition at YAMAMOTO GENDAI, as a kind of play on words, refers to “The Dream of Polifilo” my current exhibition at the Hara Museum. Thus it will be an opportunity to explore an extra layer of dream. 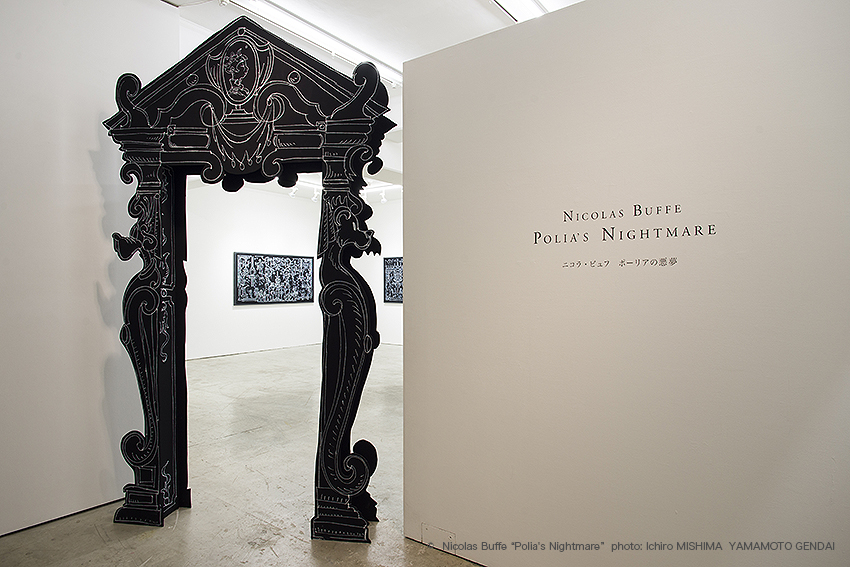 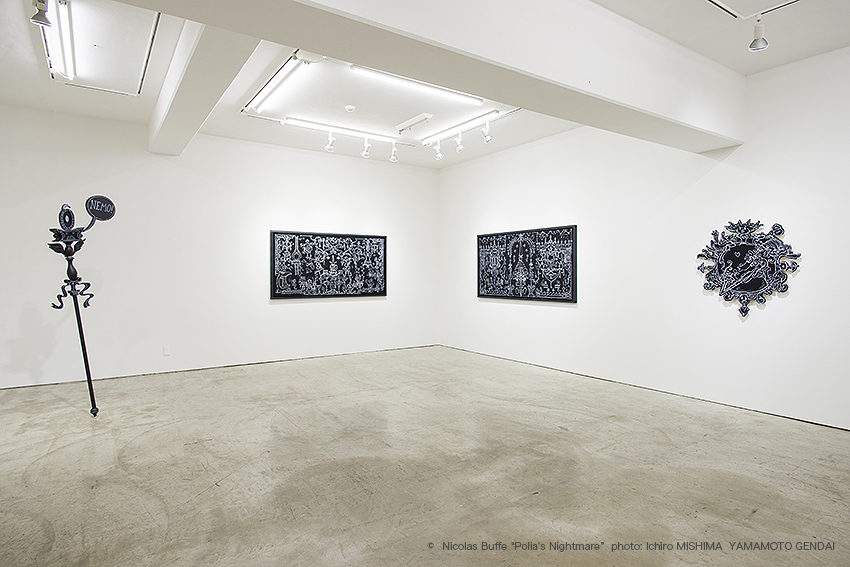 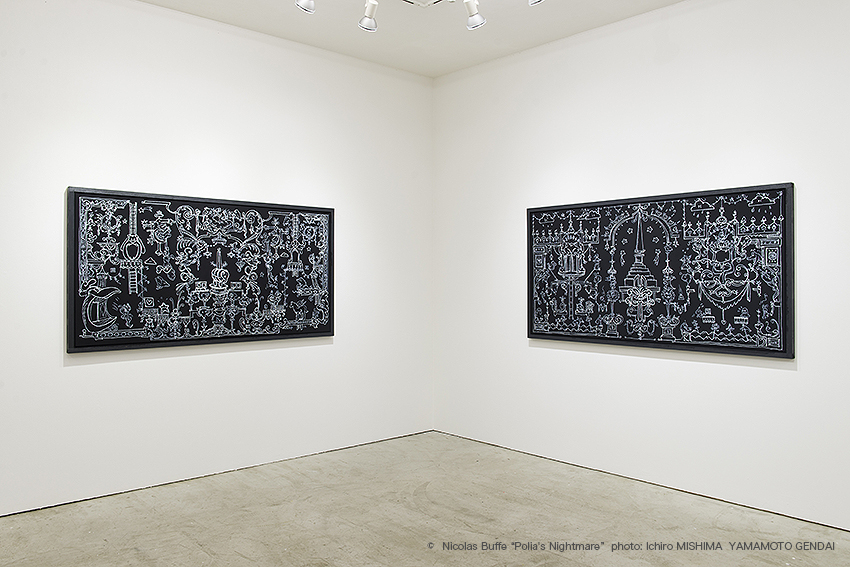 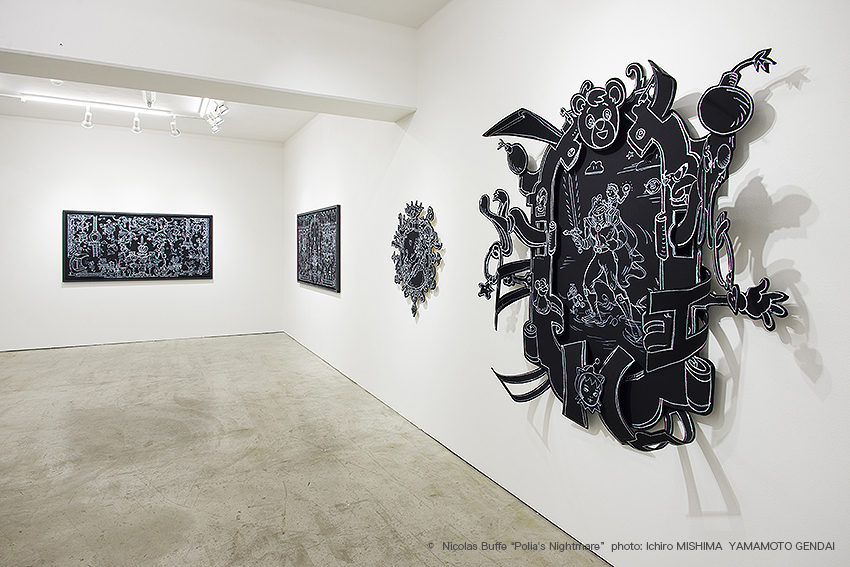 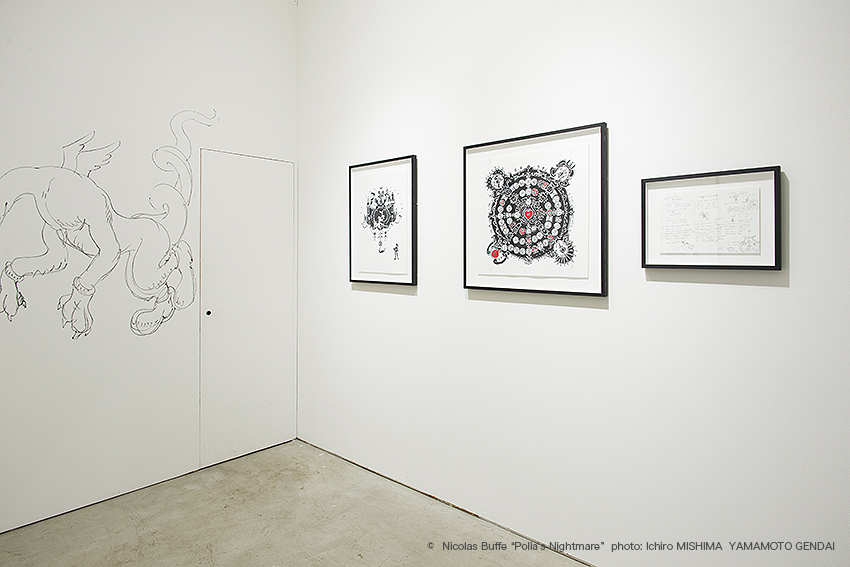 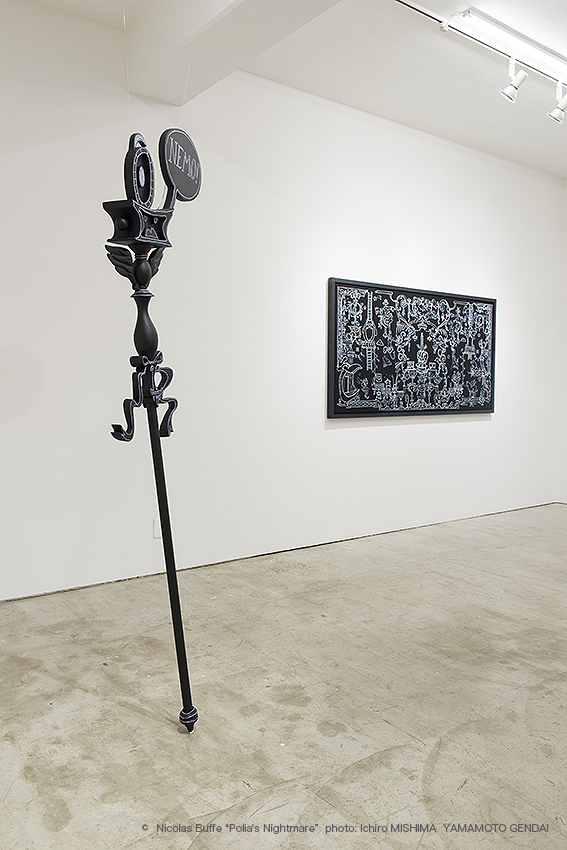 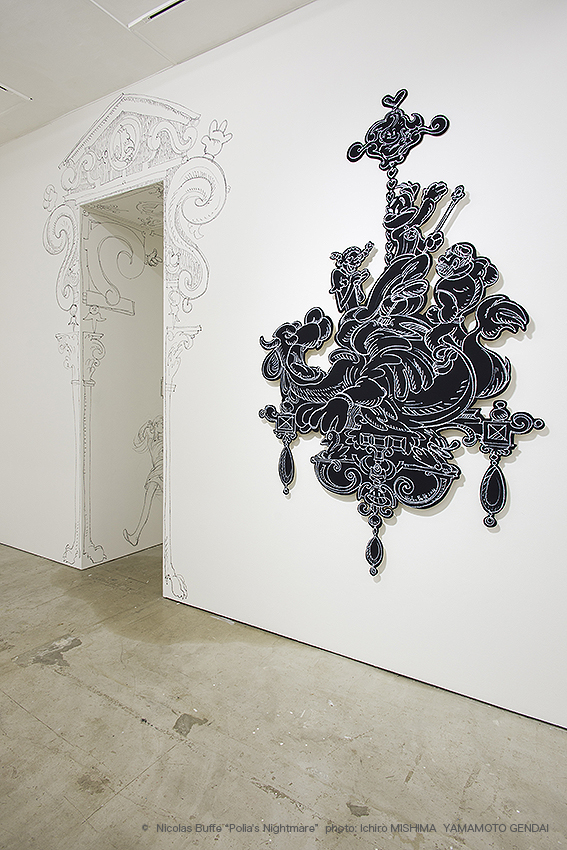