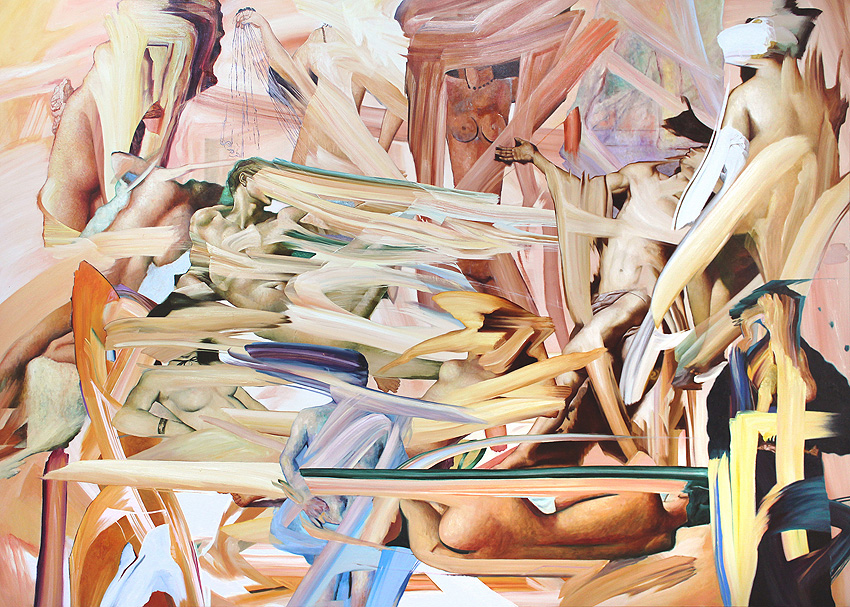 YAMAMOTO GENDAI is pleased to present Broken Image, a solo exhibition by an emerging Japanese painter Kei Imazu (b.1980).
Imazu has been working in the media of painting throughout her career, developing a distinct methodology to digitally combine miscellaneous images she collected in her everyday life as well as numerous found images on Internet. She makes artistic decisions largely on computer, even to the articulation of brush strokes, and then paints the actual canvas using the generated picture as reference. As modern painters reached revolutionary perspectives such as Impressionism and Cubism through deconstruction of paintings provoked by the emergence of photography, Imazu seems to have succeeded in decomposing “painting” and emphasizing the “presence” of motifs by utilizing digital image processing.
For the new works in this exhibition, the artist specifically selected an abandoned Buddha statue during Haibutsukishaku Undo(19th century anti-Buddhist movement), lost or demolished paintings during war, and images related to iconoclasm among others. Such selection of motifs is an outcome of the artist’s understanding that “once a human shape becomes turned into an image under a certain idea, its essential impression remains unaffected even if its appearance are changed to some extent”, which she began to develop when she came across a Buddha statue damaged in Haibutsukishaku and a replica of worm-out Fumie (a plate with crucifix to be stepped on in order to prove oneself a non-Christian in the 17th century Japan). As well the artist’s firm intension to “directly capture images with various histories picked from Internet appear as they are broken” has lead to her new exploration of motifs.
Imazu illustrated the standing statue of Tathagata of Toshodaiji Temple damaged in Haibutsukishaku in Standing Tathagata (2015), a Syrian stone statue and Caravaggio’s Saint Matthew and the Angel, which was destroyed during bombing to a Berlin museum during the World War II, in Berlin 1943-1945 (2015) to name a few from this exhibition. Both paintings have dissolving images loosely retaining their original forms over white background. According to the artist, she has been “interested in the shift in recognition to occur when the original forms collapse into material of paint”, and the effect of such shift on our perception is substantial. This is where what Merleau-Ponty calls “essence” emerges, allowing us viewers to face “painting” in delight. Looking closely at the background of the paintings, one would realize they are not the areas left unpainted but fully painted in white, due to the artist’s intention to emphasize “presence” of images as matters rather than as “concepts”.
While Nude Colors (2015) in the exhibition has been created through the artist’s exploration of nude figures that have been repeatedly dealt with in the history of painting. The paintings that do not have white backgrounds including Nude Colors have depth and extension of space into the picture. In these pictures in which time axis and histories are overturned, reconstructed and blended, one would find the joy of a sort of riddle solving and sense the rawness of texture reminiscent of human skin, created by accumulation translucent and opaque paints.
Presenting the artworks whose strength of presence outstands through iconoclasm along with the artist’s vision to reinterpret the history of painting, this exhibition will be a great opportunity to witness the rare talent of Kei Imazu. 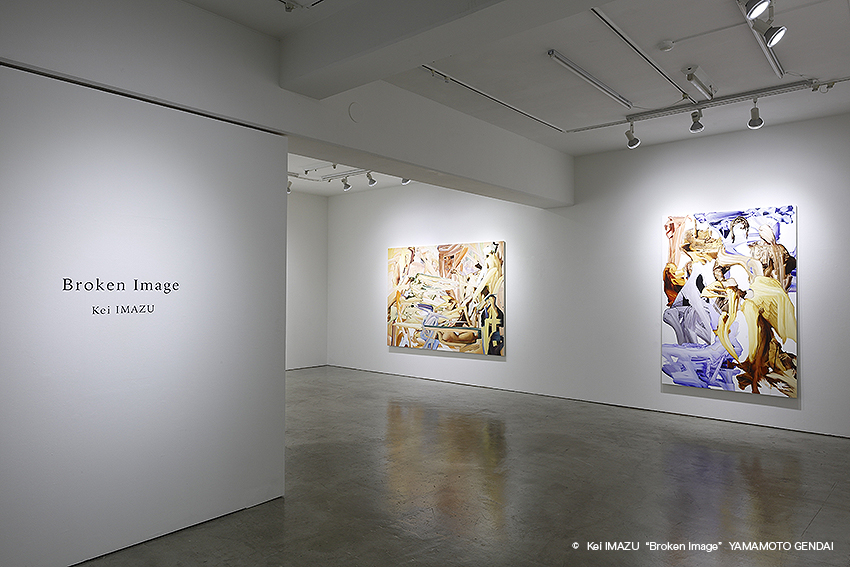 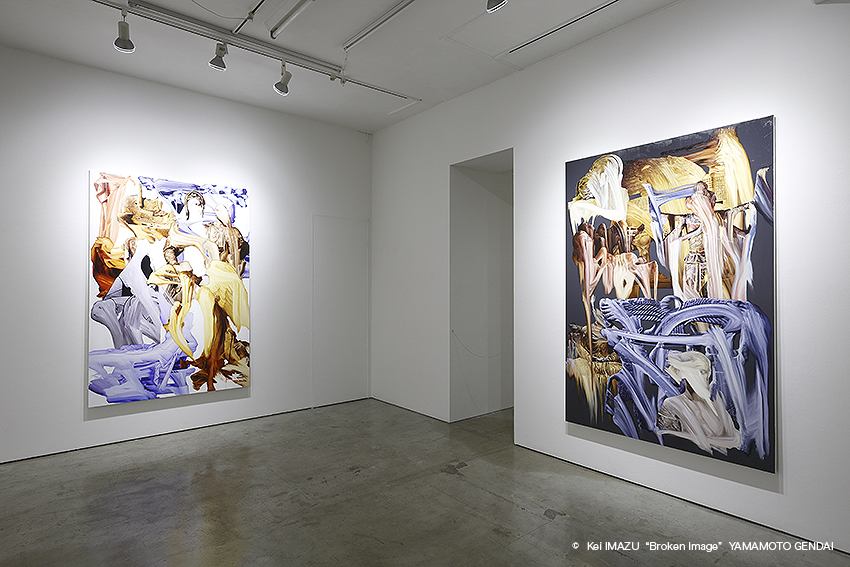 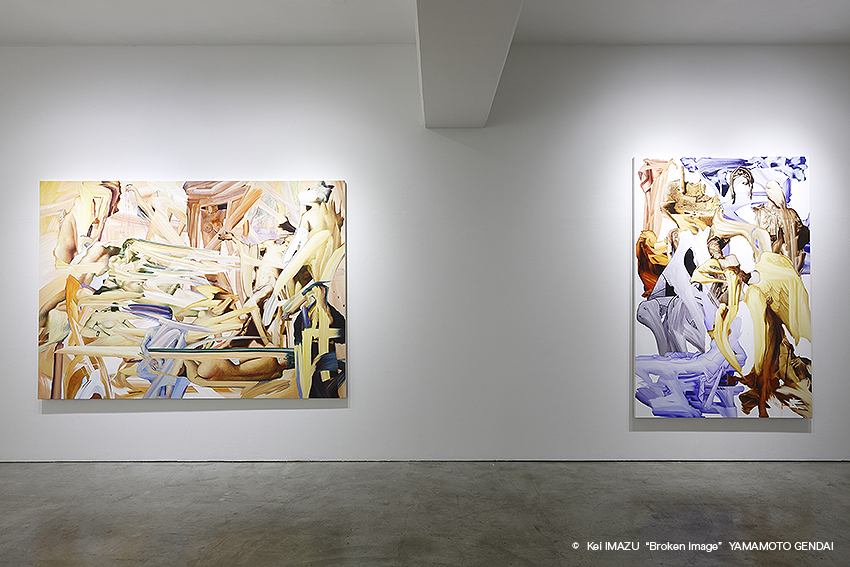 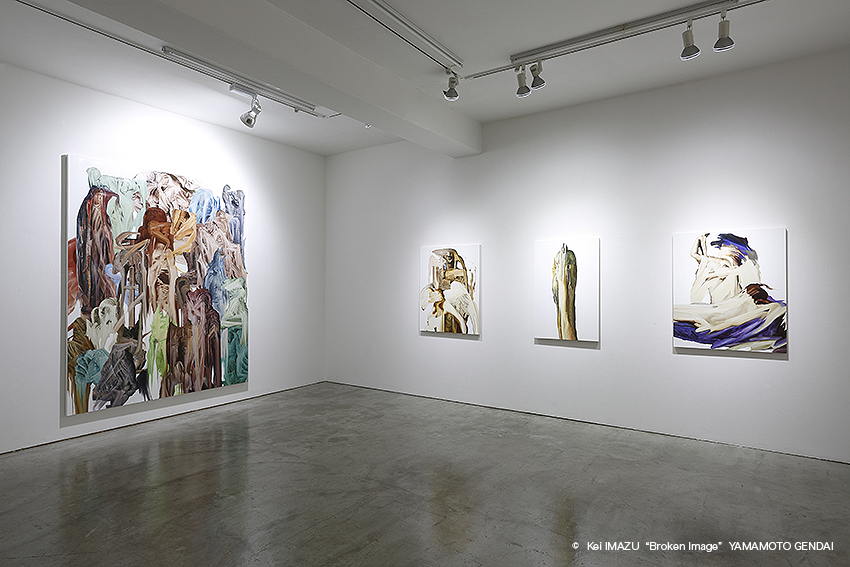 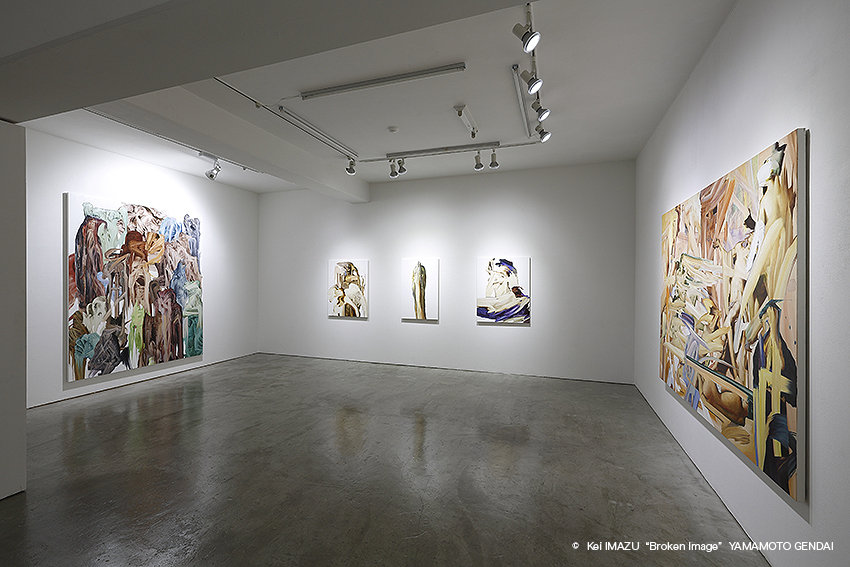 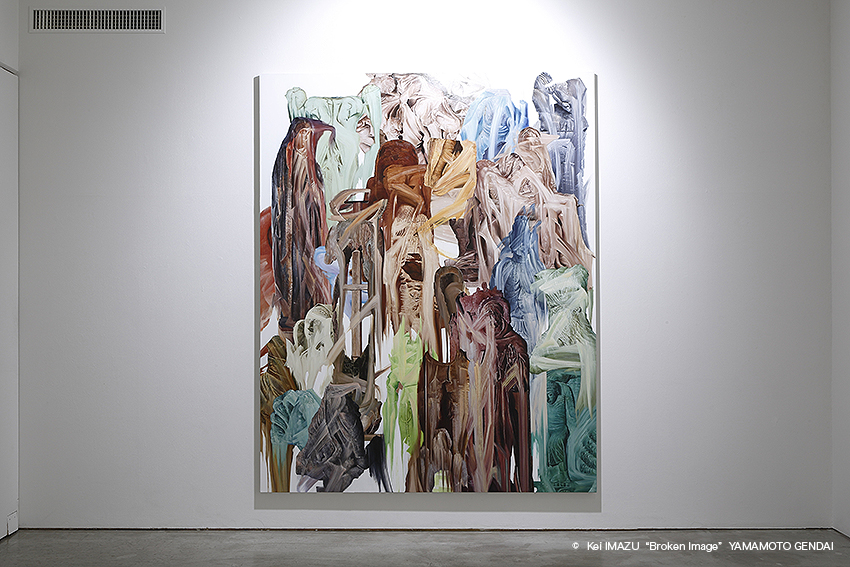