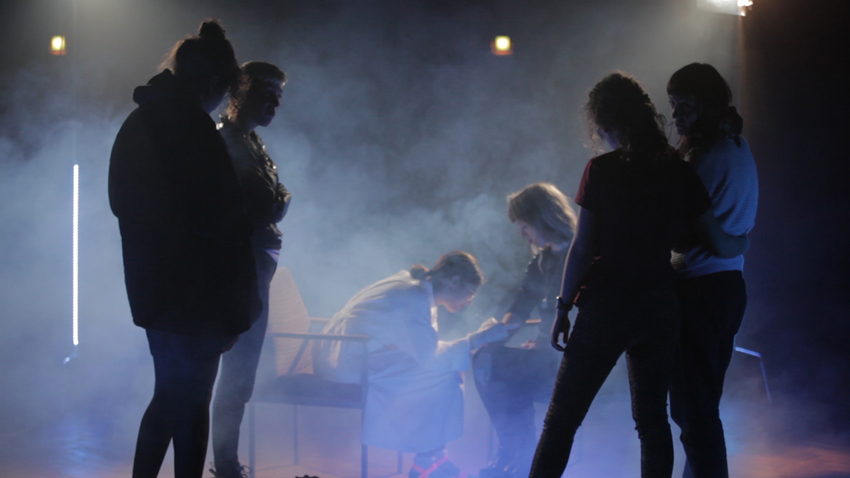 YAMAMOTO GENDAI is pleased to present Hard In Organics, a solo exhibition by Nile Koetting.

Koetting is an emerging artist who works actively and freely across genres of video, installation, sound art and performance with much interest in “sensing”. His solo presentation ESSE left vivid impression among visitors at Art Fair Tokyo last year. The artist began performance under training by dancer and choreographer Saburo Teshigawara in his school years, and is currently a dancer of Dorky Park, a Berlin dance company led by Constanza Macras. His performance activities are an important factor for Koetting who parallelly examines the body and artworks largely produced from the inorganic.

Koetting and his creative activities are much influenced by the perspectives of Italian professor of aesthetics and philosopher Mario Perniola towards the world. Perniola argues that “Upon the vertical movement, rising toward the divine or descending toward the animal, follows a horizontal movement toward the thing. It is neither above nor under us, but beside us, to one side, around us.”*1, and for the artist this argument is a clue to reconsider the foundation of art that evolved along with religions and awe to God, and to recognize today’s art from a new perspective of “man as a thing that feels”.

In this exhibition the artist will present a new video, as well as an installation consisting works made of piezoelectric elements, piezo films, and crystal among others. The new 20 minute video Deep Signals is largely inspired by the idea of “body as clothing” from Perniola’s The Sex appeal of the Inorganic, and captures 6 women exploring their own bodies through actions like physical exercises, rituals, make-up and tattooing. They play a role of Kannagi (sorcerer) to mediate human and non-human, and the world and the external world, transforming a former DDR radio station building into a theatrical space. Terms as “Aerobics” and “Make-up” from actions in the video will be laser-engraved on cowhide and exhibited in the installation. Placement of these words on the leather is reminiscent of a constellation and reminds the viewer of relationship between body and the universe.

Piezo film sheet is used as a speaker in Piezo Electric Effect # P.Curie, a piece based on a love letter from physicist Pierre Curie, who discovered the principle used in the piezo speaker, to his wife Marie. Texts from the letter are printed on the film, while voice reading the text is played from film itself. Its continuous sound is abstract highly electric, and stimulates the eardrum to make the viewers to become afresh aware of their own sensing bodies. Other works in the show includes Music Stand, a stand made of two layers of acrylic and crystals in-between, and an installation of a group of sound sculptures and crystals connected to piezoelectric elements, making the whole exhibition as one theatrical space.

Feeble electromagnetic wave and sound from the inorganic, electric current, electric components and crystals influence and become equivalent to our bodies by sensing through skin and eardrums, and again become output from our bodies. Examination through such experience leads us to the fundamental horizon of knowledge where art, science and philosophy were yet to be differentiated. Nile Koetting is certainly a rare talent to guide us to a new stream of perspectives towards the body and even the world and human itself. 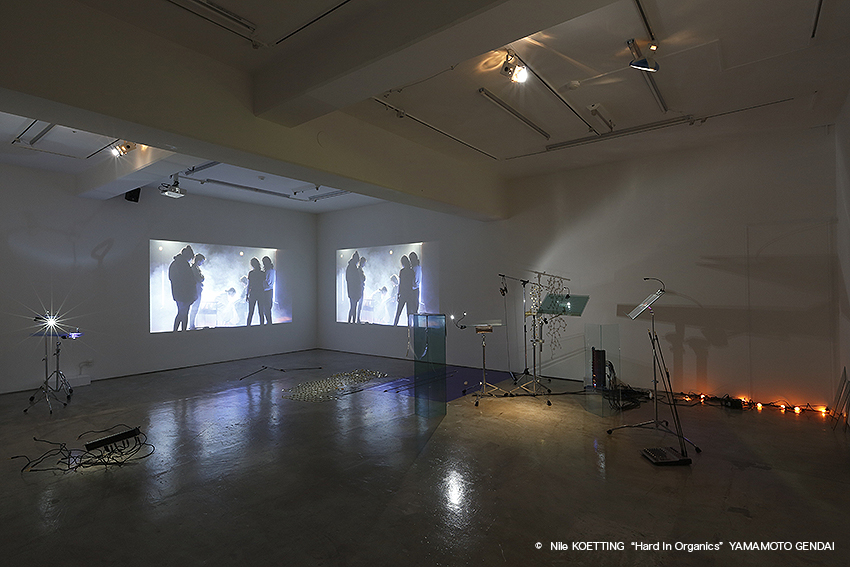 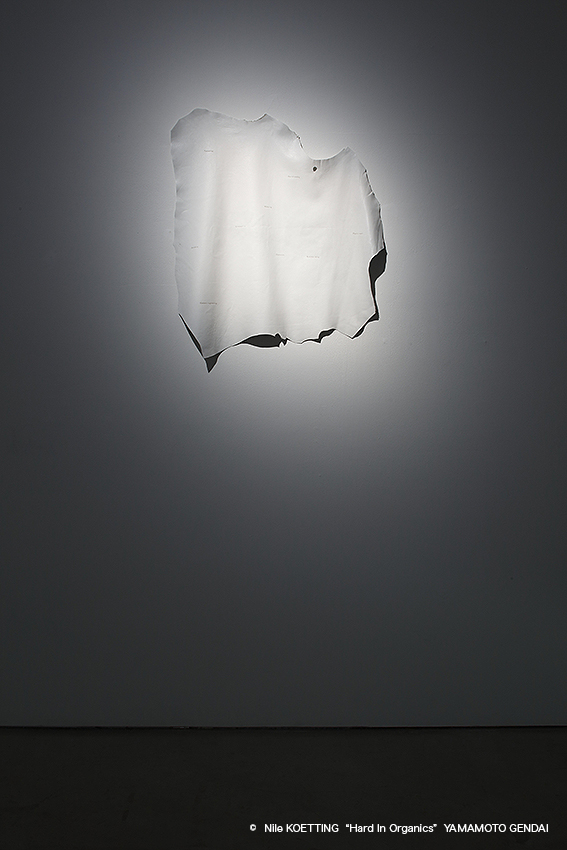 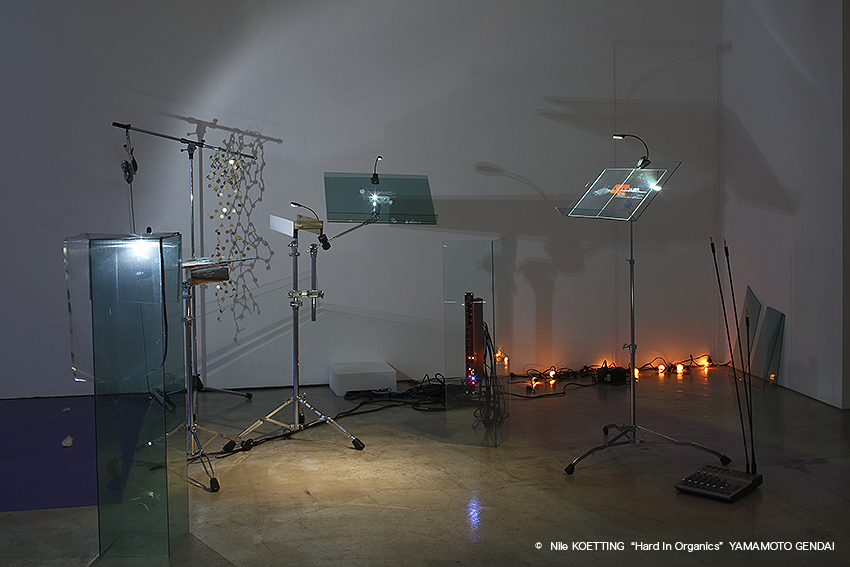 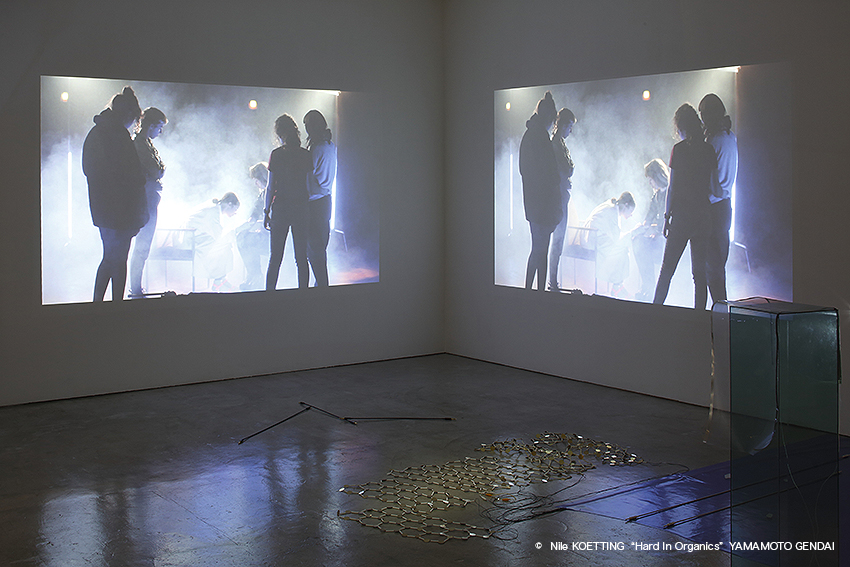 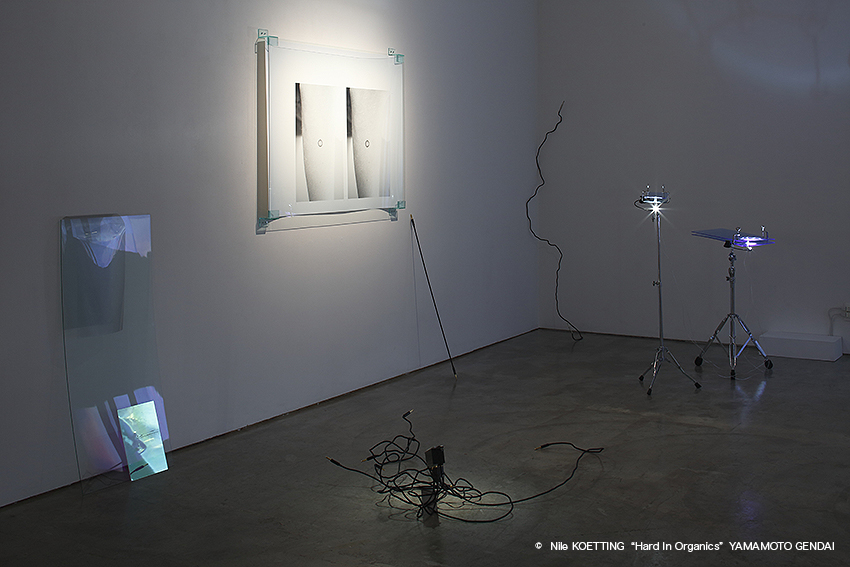 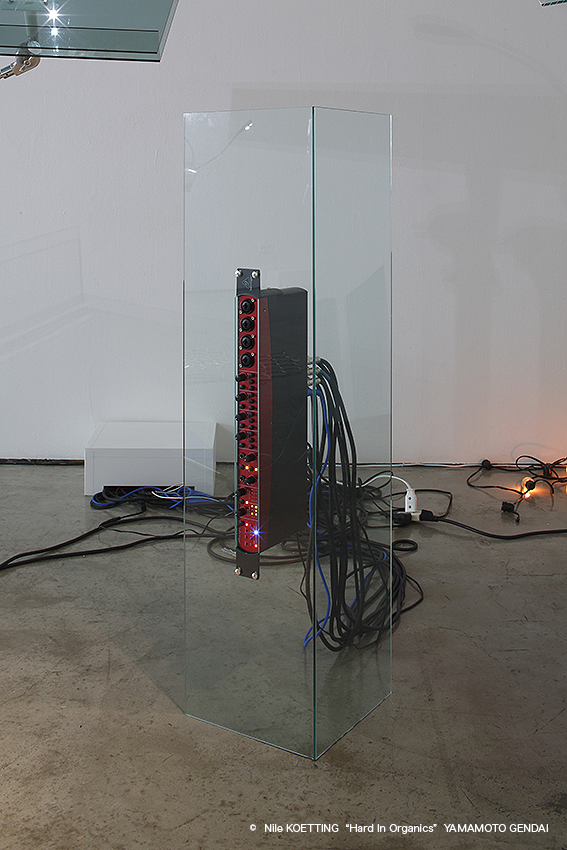