Malformed Objects – Bricolage for myriads of other bodies 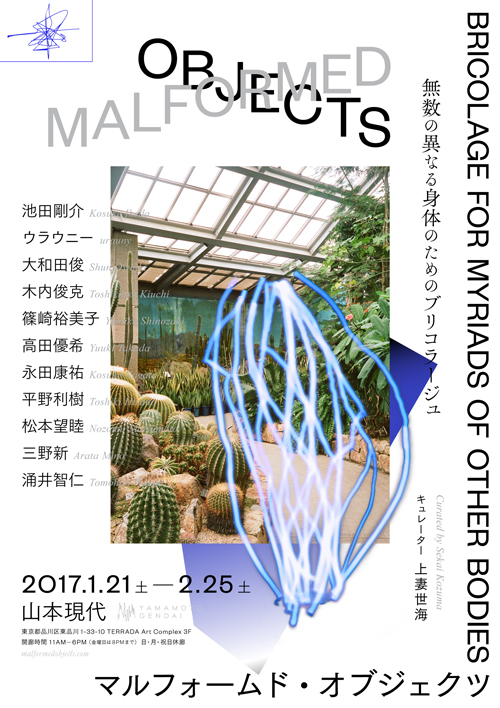 Malformed Objects – Bricolage for myriads of other bodies

YAMAMOTO GENDAI is proud to announce “Malformed Objects – Bricolage for myriads of other bodies” curated by Sekai Kozuma, from 21st January through 25th February 2017.

Born in 1989, art critic and curator Sekai Kozuma authors studies and articles while curating art exhibitions. Revolving around “production and commonality” as his theme right from their start, his activities freely range over a diversity of domains, from contemporary thought to anthropology, and draw on the theories of thinkers including Gilles Deleuze, Graham Harmon, and Eduardo Viveiros de Castro. Making a stunning impact, his article titled “Toward a Community of Production” and published in the December 2016 issue of “Bijutsu Techo” art magazine set forth the genesis of commonality through the medium of production in a society where cyber space and physical space would breed a real space while linked in a feedback loop. In addition, he curated the Prototypes of Worldmaking exhibit held in 2015 and collaborated with artists who produced works applying feedback loops linking cyber and physical space. The works had devices that automatically made collages on the exhibit website using images uploaded on SNS by viewers, and had them output on the printer in the exhibition space as soon as they were added. As this evidences, Kozuma has handled feedback loops between cyber and physical space in numerous ways.

This exhibit unfolds on the stage of works and space created upon repeated dialogue with 11 artists. Kozuma is planning to display an instruction sheet for visitors and both deform and multiply their bodies during the run of the exhibit. To this end, he is preparing a series of events including a talk session, mutual creation, and workshop. He regards this as a kind of practice for experience of the oscillation of time between past and future as opposed to a single axis of the here and now, while taking leave of the framework of a viewer as subject viewing objects, instead placing objects, information, and people on the same plane, and involving forms, colors, shading, functions, purposes, and other factors on the periphery of the expected purpose.

Kozuma’s production as curation is motivated by a sense of alienation from contemporary society. A new and complex society is taking shape with the inter-nesting of cyber and physical space, repeated switchover of subject and object in feedback loops, and inter-genesis by them. At the same time, there remain stalwarts who insist on trying to perceive the world in terms of the conventional modern framework. To view the world and build systemic arrangements and contexts in this framework is bound to cause conflicts because of the huge gap with the actual state of contemporary society. Kozuma believes that we must express these conflicts in all of their complexity as they are, in order to give serious thought to the nature of commonality in contemporary society. To this end, in his papers and articles, he is striving to make contemporary society legible without simplifying it, and delving deep into the theme of “production and commonality” upon identification of the prerequisites. Against the backdrop of this theory, he is also aspiring to visualizations of complex matters with their complexity intact, in the form of exhibits and artworks.

In advance of this exhibition, Kozuma held a symposium in August 2016 and took up three issues there, as follows.

1. Regression by a different type of autonomy
At present, works of art end up being reduced to a relatedness or one of diverse processes, as can be seen in the cases of relational art and process art. Under these circumstances, how can autonomy be constructed in a form different from modernism? Is the production of works that are both autonomous and alluring, with an essence that can never be symbolically exhausted, a viable orientation in the contemporary age? From his pursuit of the flatness of paintings with an emphasis on the uniqueness of the medium, Clement Greenberg extolled “shallow depth” as opposed to sculptural illusion. How can we similarly define the autonomous allure of objects in contemporary society with a historical context?
2. Art for all objects
Let us posit that human beings and their artworks have been deprived of the privileged position in which they alone narrated the world, and diminished in stature to but one of several diverse and autonomous parameters. Once this happens, human beings as correlated media will be given flat existential roles, like animals, plants, and inorganic materials. In this case, each group of objects will be in communion with that group, and there consequently will arise inter-group gaps, because their respective environmental worlds will be different. Awareness of this gap will open up critical perspectives on artworks and constructs as depictions of the human body. This is nothing less than a declaration of art for all objects, humankind included, as opposed to the erstwhile art only for human beings.

3. Construction of autonomous and vicarious causal relationships between theory and practice
In the cosmos of autonomous objects, theory and production lie in a horizontal relationship with each other. This applies to genres as well; philosophy, art, architecture, and informatics will have to breed both autonomous and relational states for themselves. As Nietsche offered criticism of Wagner, and as Beethoven dedicated music to Goethe, the mutually different genres, while maintaining their autonomy, must reboot space to permit mutual intervention, not directly, but in distorted ways.

Kozuma engaged in extensive discussion on these questions with the participating artists, and laid the foundation for constructing the artworks and installations in this exhibit on the basis of the results.

What Kozuma emphasizes is the flow of time belonging solely to objects in themselves as countless relations are built between them and the exhibit visitors. Although we live in surroundings composed of innumerable distinct objects, we normally pay almost no attention to them. Unlike commercial products, however, works of art must possess an allure sufficient to draw all who view them into the time immanent in them. In response to their temptation, the viewer forges multiple ties with them by acts such as looking, listening, and reading, and this induces the genesis of a singular time. Kozuma aspires to the design of experience by visitors of plural forms of reality by means of plural platforms. This is because he believes that only then will objects actually be manifested as works of art. Objects are full of possibilities for form, coloring, function, purpose, concept, and coupling that transcend the intentions of the artist. As components of their allure begetting the next round of objects, they continue to play coquettishly with people and objects. This sets in motion the feedback loop by opening up latent possibilities, turning back to plural temporal axes, and leading once again to objects.

Kozuma shows he can understand that only by viewing the world from the perspective of production can “objects,” “information,” and “people” be treated on an identical level and linked in mutual genesis. He questions whether attitudes of “appreciation” and “consumption” are proper behavior for handling the complexity of contemporary society.

Objects continue to constantly generate each other by different methods. Bodily behavior and gestures in the “here and now” are not fixed as such; they are constantly being flipped over to a plurality of different temporal axes, and may even become portals to different bodies. In this exhibit, Kozuma is taking aim at the production of not only space but also “body” simultaneously.

We are scheduling various talk sessions and workshops during the run of the exhibit, and will be providing detailed information on the same as we obtain it on our website. We all look forward to your visit. 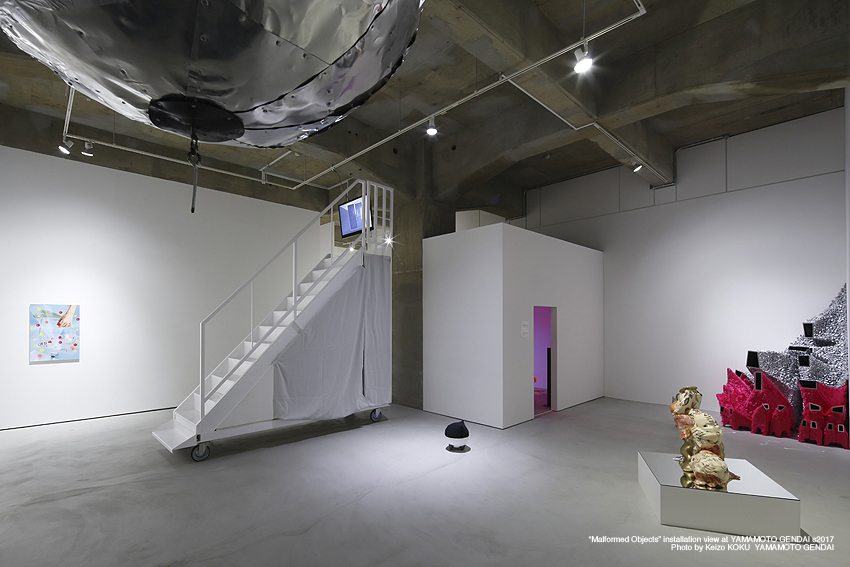 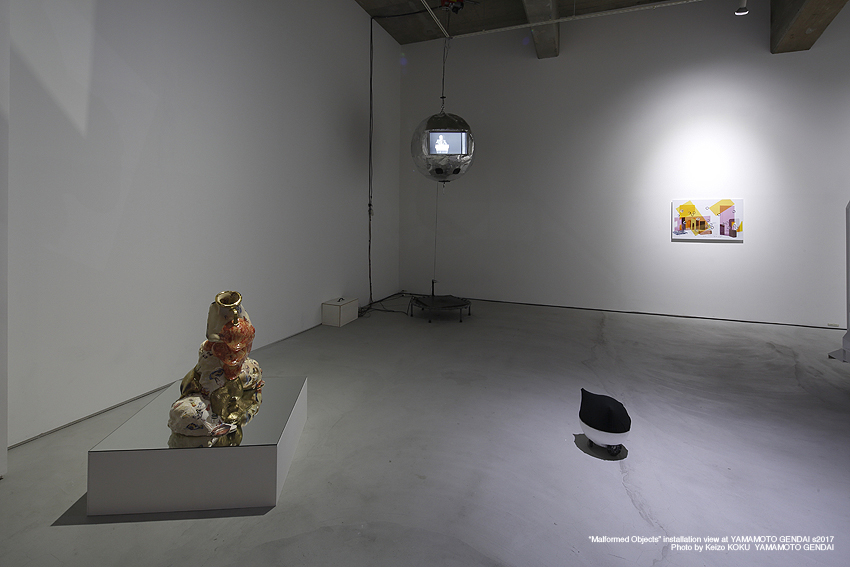 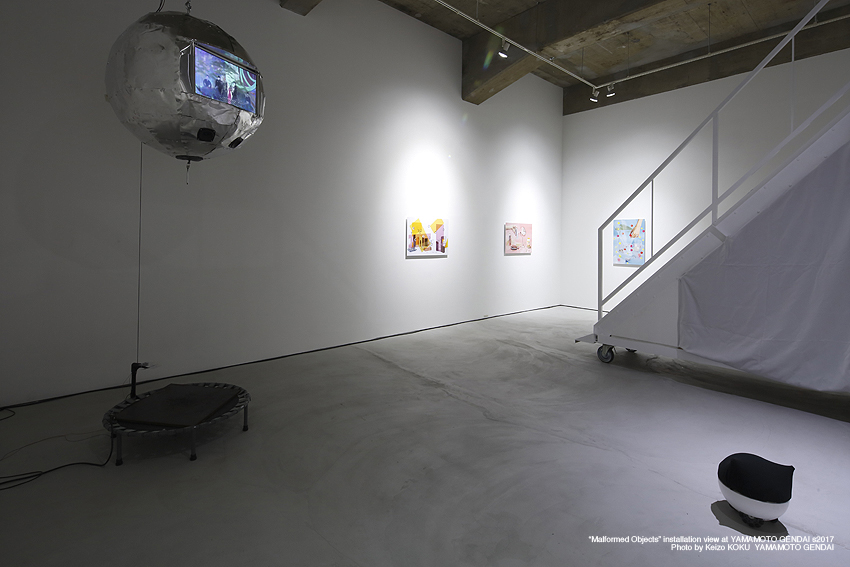 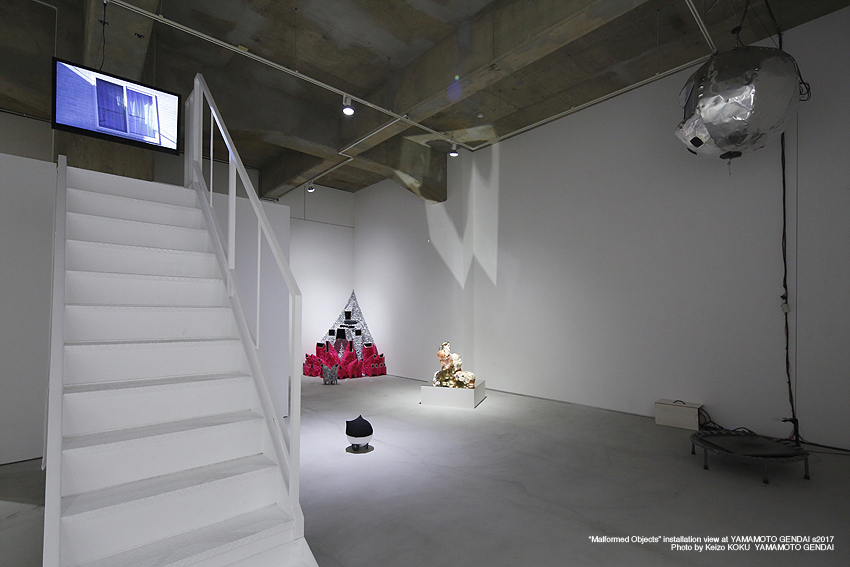 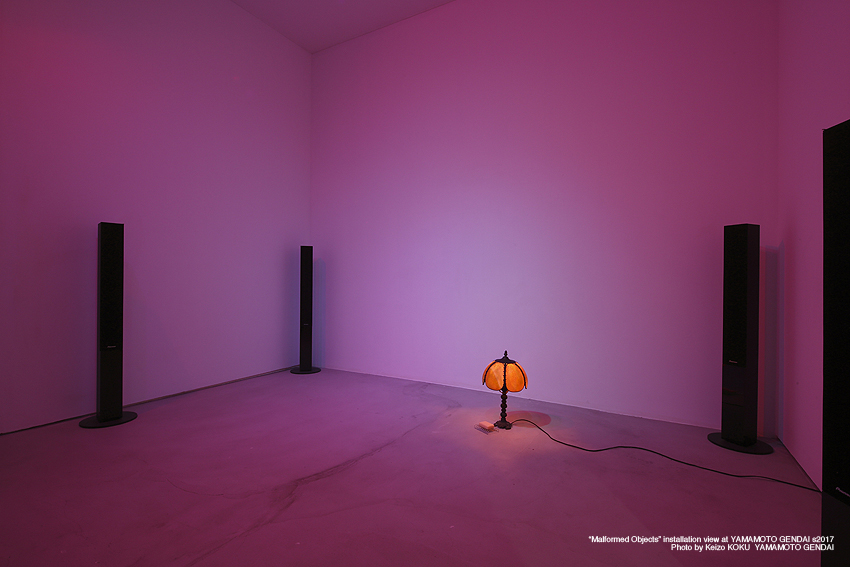 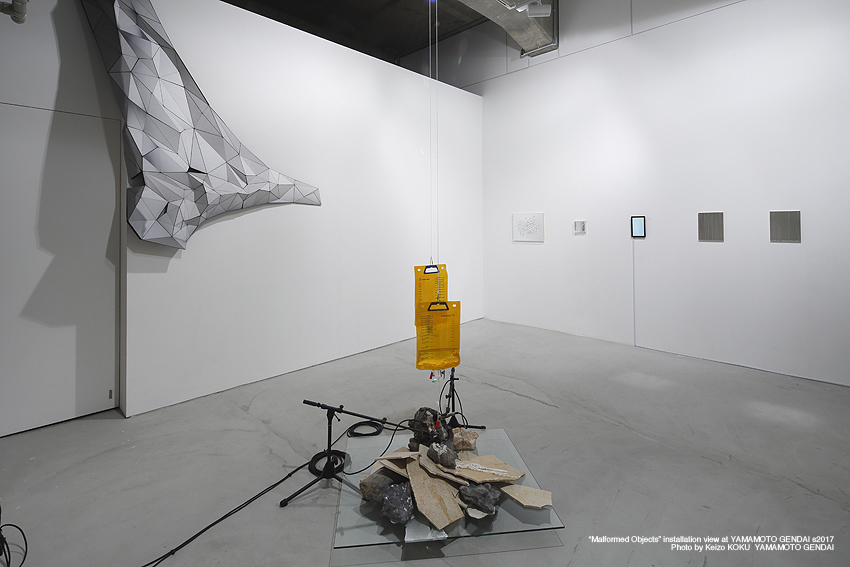