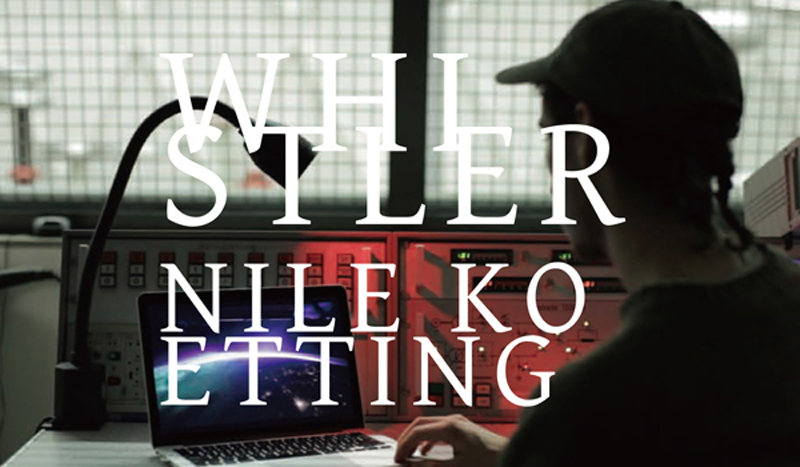 YAMAMOTO GENDAI is pleased to announce Whistler, a solo exhibition by Nile Koetting from 16th April through 14th May 2016.

Nile Koetting is one of the most sought-after emerging artists in Japan, whose works are currently included in Roppongi Crossing 2016: My Body, Your Voice (Mori Art Museum, Tokyo) and GLOBALE: New Sensorium – Exiting from Failures of Modernization (ZKM, Karlsruhe, Germany).
Through his creative activities, Koetting reconsiders the foundation of art that evolved along with religions and awe to God, and tries to recognize today’s art from a new perspective of “man as a thing that feels”, proposed by Italian professor of aesthetics and philosopher Mario Perniola. The artist works actively and freely across genres of video, installation, sound art and performance, parallelly examining the body and artworks largely produced from the inorganic.

In this exhibition he focuses on “environment” and challenges its relationship to nature, history and the society, by presenting artworks and a field in which boundaries between energy, human and nature collapse through the artificial. This exhibition Whistler was named after whistlers, a type of very-low-frequency (VLF) electromagnetic wave generated by lightening. They resonate and propagate to the other hemisphere along the earth’s magnetic field. Due to its very low frequency whistlers cannot be heard but can be made audible by conversion through a VLF receiver. In the exhibition title the artist suggests the insensible being made sensible through the artificial, as well as the presence of what is only invisible and imperceptible.

During the exhibition, the gallery space will be filled with streaming audio of the earth’s low wave converted by a VLF receiver. Along with corns as a symbol of biomass, new works Substorm (5) in liquid crystal and UV-free sun using a seasonal affective disorder treatment light will form a landscape rather than an installation. This exhibition will suggest that energies, vibrations, minerals, plants and our bodies are things that hold ephemeral presence in the larger cycles of the earth and the universe.

The artist is particularly interested in the life of 20th century scientist Henry Moray (1892-1974), as a sort of narrative that examines nature, energy and human society. In the 1930s, Moray conducted a number of demonstrations of the Moray Machine, a device of his own invention that produced energy entirely from the air to light a group of light bulbs. Zero-point, an homage to the invention of Moray will be also presented in this exhibition.

On the opening day, Koetting will perform First, Class, a performance first presented at Hebbel am Ufer theater (HAU) in Berlin. Through the horizontal relationship between video, audio and the body, this performance de-contextualizes economy in the culture of vacation, cycles of political systems and their relation to icons, and the foundation of capitalist society masked by pleasure and vitality. 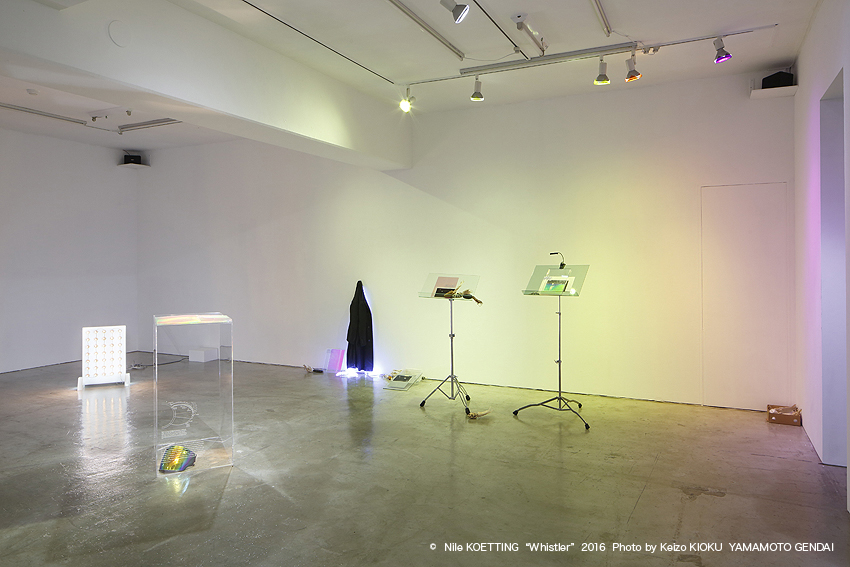 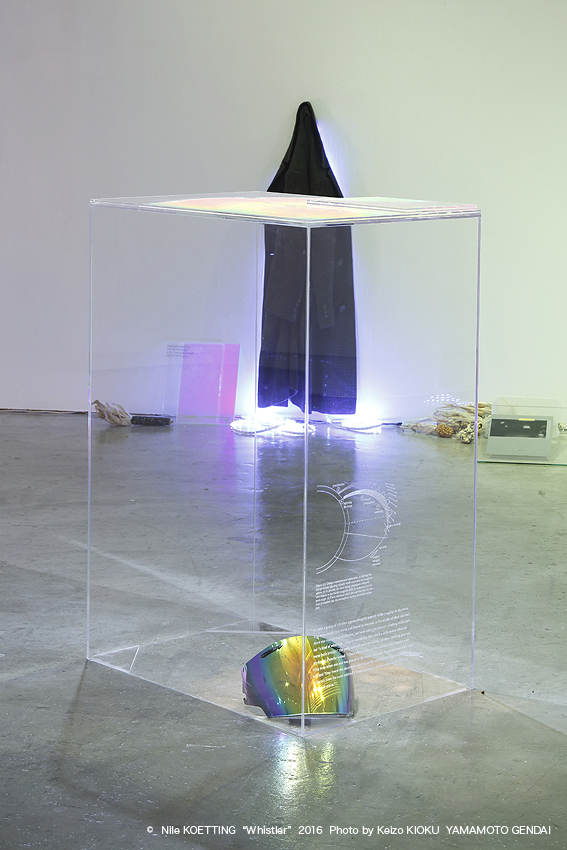 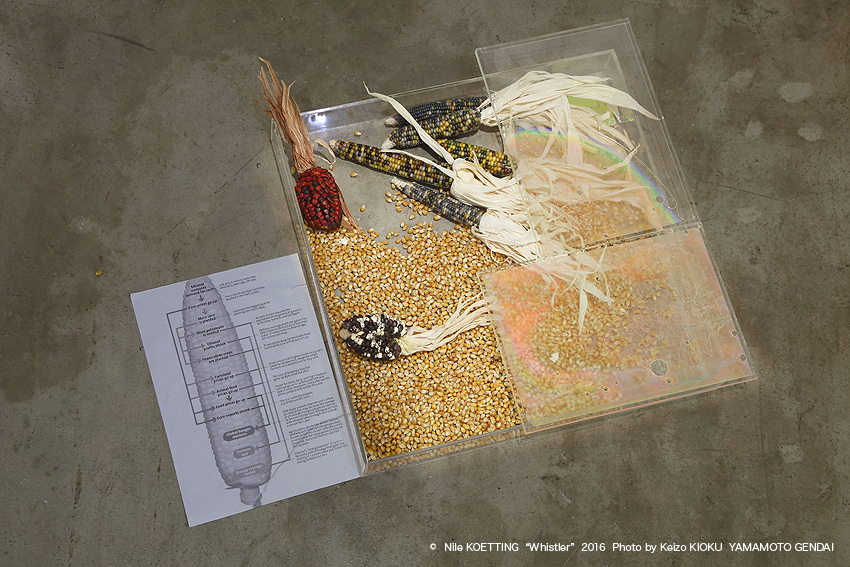 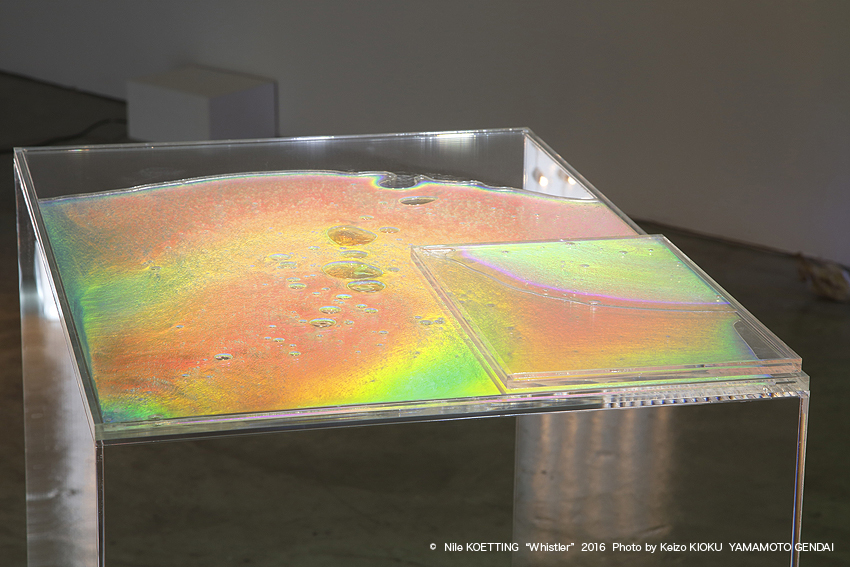 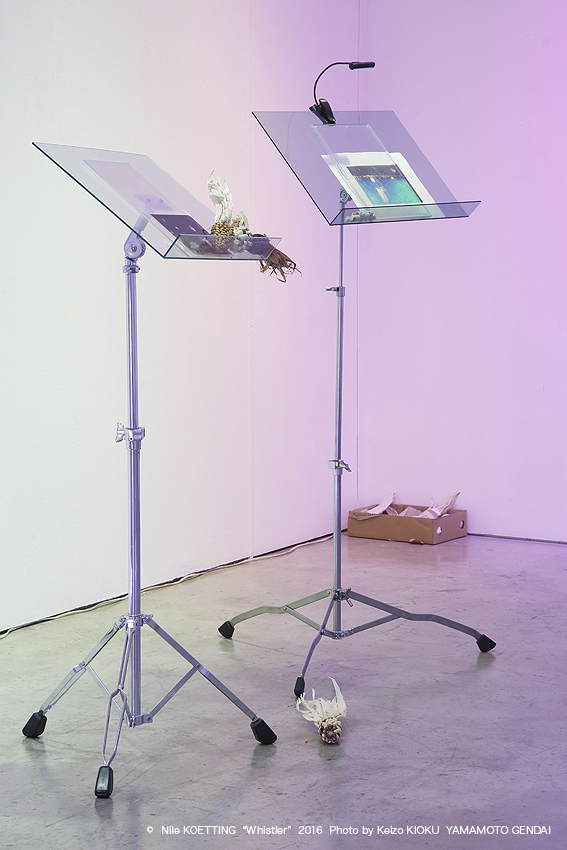 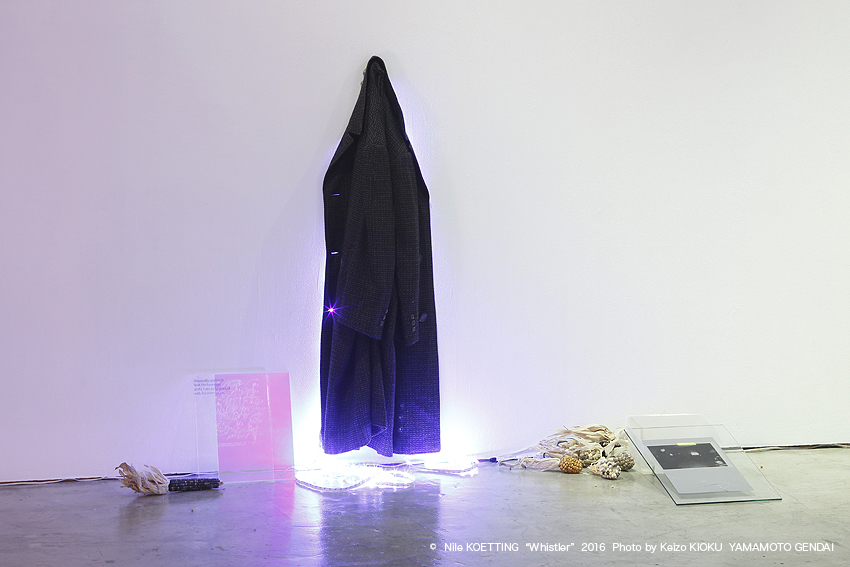 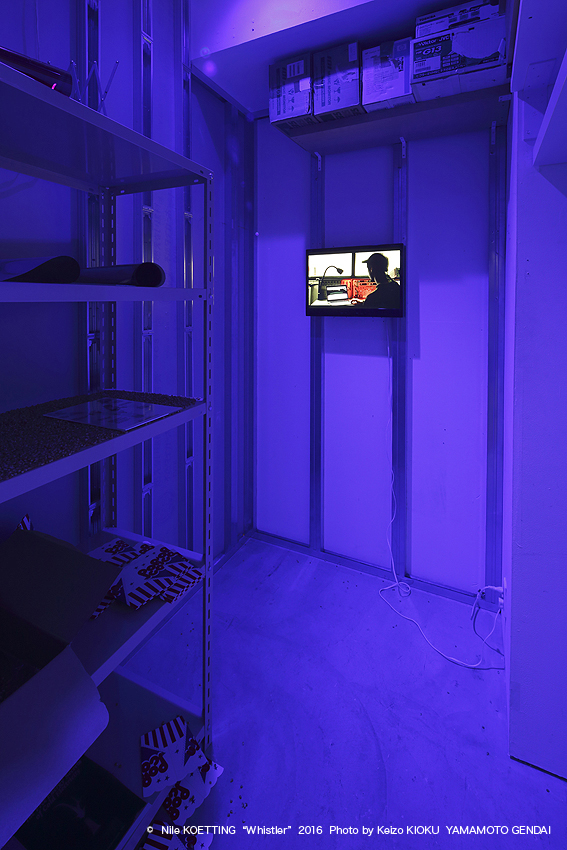 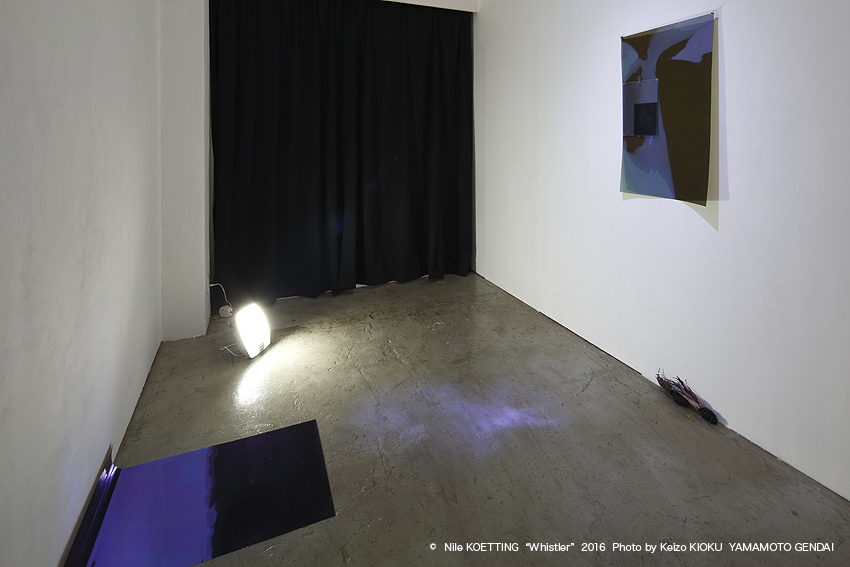